Ad trends in a lockdown

We tend to take advertising for granted, but the pandemic has made it challenging, both practically and creatively, to keep it going. Jon Evans offers insights on how it's been achieved.

When you test thousands of ads a year as System 1 does, it gives you a front row seat for any changes and trends in how they're made. Sometimes, like the rise of the John Lewis-style Christmas ad, these are driven by fashion and success. More often, they are driven by pressure in the media environment: the rise of short, 15-seconds and under commercials, which can do double-duty on TV and YouTube, for instance.

But this pandemic presented an entirely new kind of challenge. Some of the problems were aesthetic: how much should the action in ads reflect the 'new normal' of social distancing and mask wearing? Many, though, were logistical. When your cast and crew are having to social distance, when travel bans rule out exotic locations, and when a lot of the places you might want to film in are closed, it's tough to make ads in the same way.

Fortunately, working around limitations is what creatives are best at. In the year since the pandemic began, we've seen some imaginative approaches on how to make commercials in these very reduced circumstances. And, because we test everything, we're in a great place to uncover which of these routes are more effective at engaging the attention and emotion of audiences.

Here are some of the most effective ways advertisers responded:

If people are meeting virtually, ads can reflect that, and we saw (particularly early on) a lot set wholly or partly on video calls. Mars' Maltesers brand did it best, creating a set of four relatable Mums meeting on video in a series of sometimes cheeky ads, which got our top (5-Star) test score. The problem is that it's often hard to include the brand in any kind of natural fashion, and the look and feel of all these ads are inevitably similar.

One way to get around social distancing is to set the ad outdoors. In particular, we've seen many ads using street scenes with people talking to their neighbours, or using delivery workers to create some kind of person-to-person contact in the ad. For instance, Macy's excellent Christmas ad follows a small girl around her neighbourhood looking for a present for Dad. There's plenty of greeting, waving and friendly vibes, one way of creating bonhomie without having to film a party or get-together.

In lockdown, you can't always go out to film. But you can let it come to you. The early-'10s fashion for collages of user-generated content came back in 2020, for instance with P&G's 'Joy Makers' montage of people sharing what was bringing them joy during the pandemic. The advantage of this kind of ad is that it often delights viewers, scoring very high on emotion. The disadvantage is that it can be tricky to get the branding right. Meanwhile, media owner ITV ran a competition to remake classic ads at home, with a homebrew version of Honda's 'Cog' taking the honours.

Animated and CGI ads have always had a place on our screens, but the pandemic meant that animation was more viable than ever. With the animation framing the action as taking place away from the real world, advertisers could show all the stuff people weren't actually allowed to do. So, Stella Artois' stylish 'The Life Artois' animation (which initially launched before Covid-19) can show bars and social drinking at a time when such things are not available. Brands could also jettison reality entirely, like Ambrosia's 'Creamy' ad starring a flying hedgehog. And animation could ensure the continuity of valuable, recurring Fluent Devices like the Compare the Market Meerkats or Aldi's Kevin The Carrot.

One bold move was for a brand to draw attention to lowered budgets and reduced opportunities for making ads. Pizza Hut did this most successfully, with an ad which was just words scrawled on cardboard pizza boxes, explaining it was donating the ad's budget to charities. This is a hard approach to get right. It risks ending up feeling preachy, boring or just an adland in-joke at the audience's expense. Pizza Hut got the irreverent tone exactly right, though, and the result was a 5-Star ad on a shoestring.

Finally, there was another option open for brands: stop making any new ads and either 'go dark' or keep using pre-pandemic material until it was possible to make commercials again. While some brands, like Coke, took the former option for a while, we didn't see many examples of the latter. It seems like many advertisers were nervous that ads which didn't reflect a changed reality would seem heartless or out of date. But our testing suggests this isn't the case: when we tested pre-pandemic commercials at the start of the pandemic we found that their effectiveness hadn't diminished. A strong ad often has a longer shelf-life than creatives or marketers would like to admit.

So, with its usual mix of ingenuity and practicality, the ad industry managed to keep advertising going during the first year of the pandemic. The next question is how many of these trends will stick around as life does return to some kind of 'normality'. 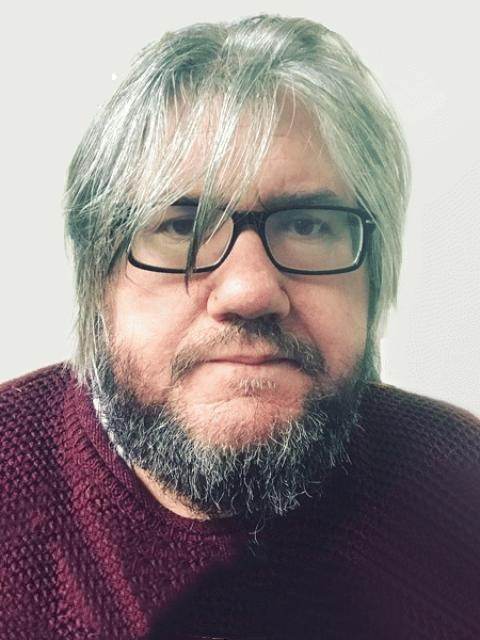 Tom writes for System 1's regular blog on all things to do with Advertising Effectiveness and in his own words loves nothing more than making data interesting with words. He is also co-author of 'System 1: Unlocking Profitable Growth'.