Fancy being a novelist?

It may be stretching a point to say that our industry attracts more than its fair share of creatives, but Kirsten Hesketh explains how it can hone writing and communication skills.

As a long-time qualitative researcher and a relatively new novelist, I am often asked the same three questions about my segue from one to the other (four if we include "which pays the most?" but I think we all know the answer to that.). Firstly, do I think qualitative research tends to attract more people with creative leanings than other industries? Secondly, have my years, decades., as a quallie helped me to write novels? Thirdly, and conversely, are there any tricks I've picked up from creative writing that might help with the day job?

Frankly, I have no idea about the former. Qualitative research certainly seems packed with creative types, my own friendship group includes actors, musicians, DJs, and poets. But, that said, some of my closest novelist friends just happen to be accountants, lawyers, and computer scientists. Without doing a poll, I'll have to sit out on that one. I, can, however, answer both the other questions with a resounding "yes". Lucky that, or this would be a very short article.

So, how does being a quallie help with creative writing? In my case, it gave me my subject material as the protagonist in my debut is a quallie (no, the bit at the Manchester focus groups most definitely did not happen.). That aside, I think there is a huge amount of overlap between the writing, and thinking, we do as quallies and as novelists which can give us a head start in the publishing world.

Yes, writing a novel is about making stuff up and that doesn't tend to go down well in a debrief. But, beyond that, surely both types of writing are about credibly communicating feelings, thoughts, experiences, and ideas? At the end of the day, aren't they both really about empathy, about trying to communicate what it's like to walk in someone else's shoes?

Beyond this, the things we do and take for granted, finishing projects, meeting deadlines, accepting input, all help. Which sounds obvious, I know, but I've met so many hugely talented writers with stacks of half-completed manuscripts on their computers and the apparent inability to finish any of them (everyone gets stuck about 60k words through their novel, just push on through, because you'll only hit the same problem with another idea). And I know at least two literary agents who have fallen in love with a manuscript but decided not to offer representation because the author was resistant to their work being challenged. Teamwork is key.

Meanwhile, the publishing world has taught me the importance of the 'elevator pitch'; being able to communicate the nub of your novel to someone important before the lift reaches your floor. The pitch for my debut novel, Another Us, is a mere four words, 'Bridget Jones with autism', but I hope it packs a punch in terms of tone and content. Nowadays, I like to work out the elevator pitch for the debrief I'm writing to make sure I stay focussed on the key message I want to communicate.

Another writing maxim I've found really useful is 'don't get it right, get it written' or the importance of the Shi**y First Draft. It's essential to get the rough draft down before you start editing because it's generally only then that you know what your story, your elevator pitch, actually is. In other words, there's no point repeatedly polishing the first three chapters only to find that it doesn't make the final cut (and yes, I made this mistake with my debut. Several times!). Nowadays, I apply the same maxim to my debriefs. I try to get the foundations and roof sorted, and, ideally, someone else's view on it, before I get the furniture in and start arranging the cushions. It comes down to time, of course, but it really does make a difference.

Finally, integrating a couple of judicious storytelling techniques into business writing can work wonders, especially to illustrate points we really want to hammer home, because research has shown that stories tend to be remembered longer and are more likely to prompt a response than facts alone. One such technique is 'show don't tell', which uses sensory details and actions rather than author summarisation and allows the reader to "be in the room". Instead of respondents "liked this idea" we might say "the room went quiet and everyone sat forward" or "the room erupted into a babble of excitement". Or, instead of saying "I like running" on your website, you could try "on a Saturday afternoon, you'll find me training for my first half-marathon in the Chilterns, wind in my hair, The Killers on my playlist."

One final point. You don't have to write stories to be published. There's loads of evidence that doing something creative, including writing, helps to reduce stress and anxiety. Surely that, more than anything, is what we are all after at the moment.

Kirsten Hesketh's debut novel, Another Us, was published by Canelo in 2020. Her second, The Post Office Girls, under the name Poppy Cooper, is due out this April and published by Hodder & Stoughton 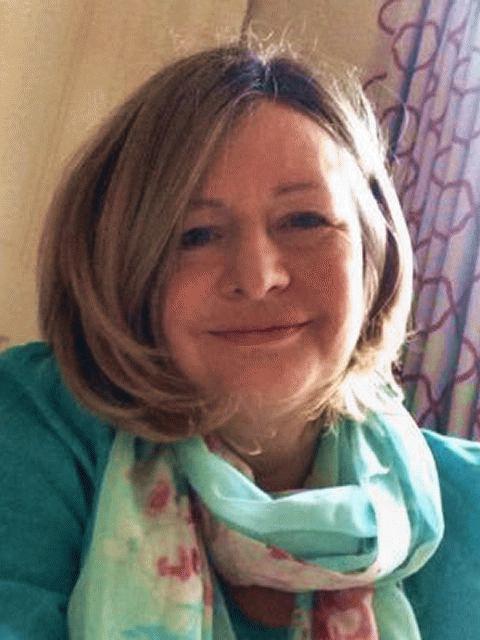 As Kirsten Hesketh and Poppy Cooper, she writes uplifting contemporary and historical fiction. Her debut novel, Another Us, was longlisted for The Guardian's 2020 Not The Booker Prize.