There's an extraordinary shared narrative that we choose to ignore. It concerns obesity, as highlighted by the case study in AQR's Qualitative Excellence Award shortlist.

A research project commissioned by Johnson & Johnson Medical encouraged us to re-examine our views and reconsider the accepted discourse around us. We were asked to examine the barriers people living with obesity (PLWO) face when accessing weight management support.

Ethnography with PLWO, interviews with healthcare providers across the UK, and conversations with obesity experts helped us frame our thinking.

At the outset, client and research teams had an honest conversation about the upset we felt at the responses of family and friends when announcing we were exploring obesity stigma. They ranged from "just tell them to lose weight," to "I don't really respect fat people." What's extraordinary is that these are just some expressions of a shared societal narrative of blame and shame that is largely unquestioned.

Weight stigma can lead to such systemic harm as negative interactions with the healthcare system (with other conditions being overlooked), earning less (there is an obesity pay gap), and even being treated more harshly by a jury.

It's extraordinary that weight stigma is seen as acceptable

This shared discourse of shame and blame around obesity stems from a fundamental disconnect between its actual drivers (such as health conditions, trauma, income, genetics, comorbidities, the food industry) and what society sees as its causes: laziness, greed, and lack of intelligence. Sarah Le Brocq (Obesity Advocate and Patient Leader) explains that "in reality, obesity is a very complex disease; over one hundred factors can be contributing causes of obesity."

Many people experience fluctuating weight throughout life, yet most believe that weight is controllable with discipline alone. This logic is flawed, as Professor Francesco Rubino (Consultant Bariatric and Metabolic Surgeon, King's College London) explains, using the analogy of controlling one's body temperature. We can help regulate it by going outside, turning up the heating or opening windows. But ultimately, if we have a high temperature, there's an underlying cause which is generally out of our control. This, he argues, is how we need to think about obesity.

"Obesity suffers from a lot of stigma, it's as bad in the medical profession as others... they write patients off with: 'Oh it's just obesity, it's not my problem.'" (Emergency and Bariatric Surgeon, UK)

Our research showed that doctors are also affected by weight stigma. Hardly surprising: they consume the same media, they're subject to the same public discourse.

Our ethnography with PLWO revealed that their bad experiences with doctors made them reluctant to seek future medical help. They felt they weren't taken seriously, were judged, or found the doctor impatient with them: "this doctor turned around and said to me the reason why my legs were swollen was because I was fat," Andreia told us.

Even when medical support is given, it can be punishing and inappropriate: "sending someone who has ten stone to lose to a walking group isn't going to work. To say we are going to do that before we send you to the multi-disciplinary team is insulting and part of the systemic stigma that's not okay," Stephanie De Giorgio (General Practitioner and Women's Health Expert), told the audience in a recent Ipsos panel discussion.

Self-blame was a common problem among participants, who often had neither psychological nor medical support. Intimate self-filmed video ethnography reveals that participants rarely, if ever, open up about their emotions around their bodies. Even well-intentioned family members can be cruel in their encouragement of eating healthily and taking exercise.

"I would urge the thin and the good-looking to step up their fat attacks. Blow out your cheeks when passing us in the street. Because if we, the grown-ups, stop being fat, then it's likely our children will stop being fat as well." Jeremy Clarkson

De Giorgio believes the solutions aren't rocket science. "No one has ever lost weight through being shamed into it". We need a reckoning for fat stigma: derogatory jokes, lazy tropes and inaccurate 'eat less move more' thinking needs to be challenged. The environment needs to be reconsidered, such as getting rid of chairs with arms that don't accommodate larger bodies.

She advises doctors to: "treat the thing they've come in for. Not just the obesity. If you need to bring it up, do it sensitively and ask permission to talk about their weight. They may have had bad experiences before; acknowledge this and leave the door open."

After a webinar in October, our call for greater empathy was picked up by the Scottish Herald. It ran a story under which the following comments were posted:

Perhaps most extraordinary of all is just how ingrained this level of blame is in our cultural narrative, and the amount of work needed to change it. 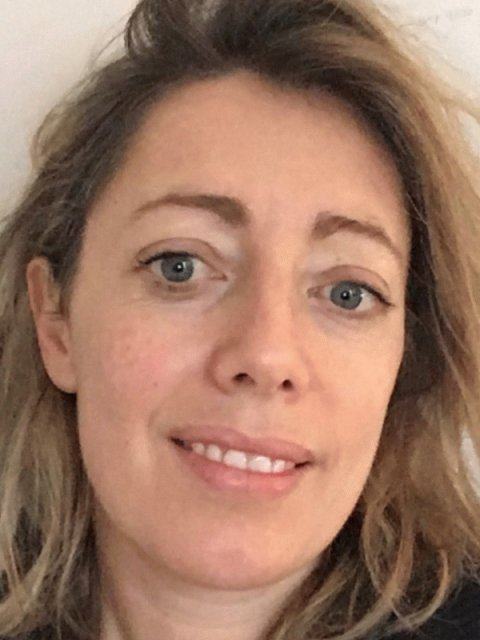 Lucy is a business anthropologist who specialises in healthcare and financial research. She is the head of Ipsos MORI's healthcare ethnography, running global award winning projects exploring healthcare provider and patient experiences. She also has a background in documentary making and guest lectures in research methods at various universities.