The need to reduce UK household water consumption is increasingly urgent. Much of England has been categorised by the Environment Agency as 'water stressed' or 'seriously water stressed'. Given climate change and population growth, this challenge is set to become more acute in the coming years.

The water sector's understanding of how we use water at home, however, still relies heavily on self-reported data, and little is known about how accurately this reflects actual behaviour. We recently worked with CCW (formerly the Consumer Council for Water) to conduct an observational study using motion-sensitive cameras, to explore the relationship between how the public says it uses water at home and what people actually do. As far as we are aware, the water sector has never previously used video technology to research household water usage.

The discrepancies between reported and actual behaviour are long acknowledged. In the water sector, these challenges are particularly acute. Water use mainly involves routine and daily actions that are so embedded we barely notice them. Respondents, therefore, find it difficult to be accurate when answering retrospective questions about these behaviours. Additionally, social norms, particularly about wastefulness and hygiene, can result in respondents feeling self-conscious in a research situation, giving socially acceptable responses rather than discussing their true behaviour.

Our study focused specifically on the kitchen sink, which is an important site of routinised household water usage and a more straightforward location for observational techniques than some others. We used motion-sensitive cameras in 15 households to capture real-life behaviours throughout day and night.

Crucially, we wanted to use cameras which were unobtrusive, enabling us to get as close to natural behaviour as possible. We trialled several different cameras, using these in our own homes (and those of friends and family) until we were happy we had found the best option for this study.

Adapting to the pandemic

The COVID-19 pandemic added an additional challenge. Having initially planned to install the cameras in respondents' homes ourselves (as part of in-home depth interviews), we now needed to ensure respondents would be able to set up the cameras by themselves, still delivering the high-quality footage we were looking for.

We designed briefing packs to facilitate set-up and selected a camera which was particularly straightforward to install. We also arranged an initial video depth interview with each household prior to fieldwork, which we used to ensure that the camera was working as intended, as well as to gain participants' trust. We also provided guidance regarding how to manage the presence of other people (who were not members of the household) on camera, including pointers on how to explain the research to friends and family, and how to ensure their consent for sharing any footage that might involve them.

To understand how reported behaviour relates to actual behaviour, we logged and coded the video footage. Our team reviewed each clip to identify the behaviour involved (e.g. handwashing), coded it accordingly and recorded other relevant data (such as how long the kitchen tap ran for).

This approach delivered valuable indicative statistics, such as the total length of tap running time in each household and the number of individual kitchen sink events in a single day. In total, we reviewed 150 days of kitchen sink behaviour across the 15 participating households.

We conducted video depth interviews before and after the observation period. We used the first interview to build rapport, put participants at ease and ensure the camera technology was working. Although we told respondents that we were interested in observing behaviour at the kitchen sink, we did not reveal initially that we were specifically monitoring water usage as we wanted to ensure that the kitchen sink behaviour we observed was as natural as possible (and some of the behaviours that we observed, including several breaches of national lockdown rules, suggested that we managed to achieve this).

At the start of the second interview, we then asked respondents a series of standard industry questions about their kitchen sink water usage during the previous week (such as how often they do the washing up). We compared participants' responses with the data that we had gathered during the observation period.

Understanding the behaviour we observed

Where we identified significant discrepancies between reported and actual behaviour, or observed unusual behaviours, we presented these to the participants in the second interview. We asked them to talk us through short videos, explaining the rationale behind their actions. This provided powerful footage (akin to a water industry Gogglebox) which we used in the research film. Some participants reacted with surprise or shock at the video clips (highlighting the extent to which much kitchen sink behaviour is largely subconscious), while others became defensive (underlining the value of observational approaches).

Following this project, five water companies have collaborated with Blue Marble on a follow-up study exploring garden water usage during the summer months, which is set to be published imminently. We have also been approached about conducting similar studies in Australia. Hopefully our study has sparked wider water industry interest in greater use of observational techniques. 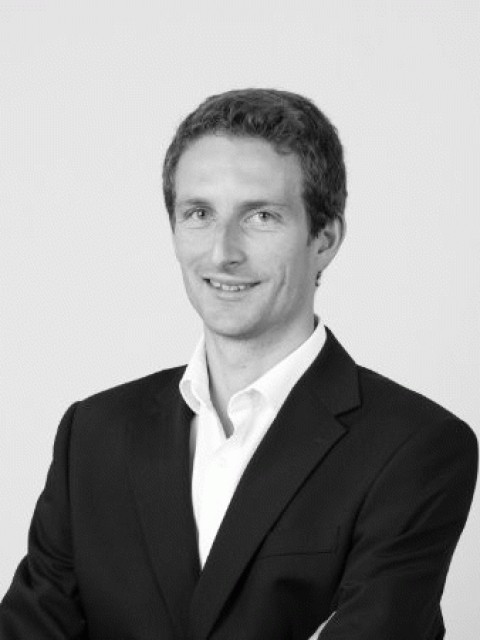 Tom was previously at BritainThinks and Savanta ComRes. He has led major studies for clients including Defra, the Home Office, Thames Water, Citizens Advice and the Financial Conduct Authority.