It’s hard to disagree with that wonderful adage ‘If it ain’t broke, don’t fix it’, largely because not fixing means no change -- always easier than developing, internalising and implementing new systems. But sometimes, change is inevitable.

Even if something isn’t exactly broken, it might not be working as well as it did or should. A few years ago, that was the case with qualitative research in the UK -- the machinery was still turning but there were a lot of creaking noises giving rise to increasing concern.

The industry had seen continuous growth since its introduction to the UK but, arguably, had not been developing in line with that expansion. However valuable they may have been in the early days, the ‘Cottage Industry’ elements of the process did not match the professional status that qualitative researchers had increasingly attained. AQRP examined the causes of the creaks and, along with other industry bodies, is attempting to rectify them by developing and publishing standards in the following three core areas:

The ability to actually do every part of the qualitative process well is fundamental to providing our clients with what they pay for and deserve. Like the work of a potter, moderating a group discussion may look easy but without knowledge and understanding of the processes and dynamics which are involved, it can all go sadly wrong.

One to one interviewing looks even easier than moderating a group, but the way in which questions are framed, the attention paid to responses, the space created for respondents to be open and honest, all have a tremendous effect on the outcome.

It’s much the same with the hidden parts of the process -- analysis, synthesis and interpretation of the findings. Good qualitative research involves the skills of interpreting what was meant from what was said and then applying this meaning to the market or social environment in which the client operates.

All of the skills involved with the qualitative process need to be learned. AQRP recognised that need and responded to it by developing one of the most comprehensive qualitative research training programmes offered worldwide. The programme includes courses for beginners and seminars for more experienced researchers wanting to keep up to date with the latest industry developments.

The qualitative practitioners on the Professional Standards Committee were charged with the task of writing a set of guidelines that specifically related to the needs of our sector of the market research industry. They were joined by a representative from AQRP and their combined efforts were, after a laudable amount of public consultation, published in 1998.

While some of the points in the new code have been an integral part of good practise for many years, others represent a significant change from the previously accepted norm. Perhaps the most significant of these involves the issue of observers at fieldwork sessions.

Under the honesty principle, we are now required to introduce observers in their true guise, rather than as colleagues, as many had done previously. This means that, if an observer is from the client company or one of its agencies, we must tell respondents and respect their wishes if they decide not to be interviewed with that person present. It is also our responsibility to ensure that observers are familiar with and agree to abide by the relevant sections of the code and guidelines.

To achieve MRQSA accreditation, suppliers are required to demonstrate that their systems and practices meet or exceed minimum criteria. These criteria are described in some detail in the literature published by the Association.

The whole subject of recruitment has probably received more column inches in both the trade and national press, than any other element of the qualitative process. That’s not surprising. It is after all, one of the most visible aspects of our work. The dramatic increase in both the number and use of viewing facilities in the past ten years or so has meant that observers can, in theory, see for themselves if respondents are who they should be. Reality apart, many have felt increasingly uncomfortable with what they have seen and, as a result, recruitment was identified as a questionable -- if not weak -- link in the chain.

A Joint Industry Working Party was set up to examine the whole recruitment process. It reported its findings to the MRS Annual Conference in 1995 and published a set of draft guidelines. After public debate and field trials, the guidelines were amended and were set to be published as recommendations once their final and most contentious element, policing, had been resolved. This proved even more difficult than expected by the most pessimistic of those involved!

The working party had concluded that the most serious problem in the recruitment process was what it defined as ‘fraud’. This occurs when respondents are briefed by recruiters to be someone whom they are not and they agree to do so. Many people in the industry felt that repeat attendance at groups was a more serious issue.

Fieldwork suppliers at the meeting were generally more concerned about the idea of recruiter membership of AQRP and, eventually, a recruiter database. Even though most recruiters in the UK work, on a freelance basis, for a number of companies and independent researchers, field personnel are often protective, if not possessive about them. The idea of a database produced visible bristling in the room when mentioned and is likely to need refining to take account of the anxiety it seems to generate.

So, even though they have been the subject of a great deal of thought and development work, the recruitment recommendations are still not yet finalised. They will be, eventually. And when that day comes, they will take their place with the other standards that are already beginning to be part of our routine. And, with quality standards to help, that routine is one that improves our product, raises our status, increases our professionalism and ultimately, makes our job easier and more enjoyable. Who needs quality standards? We do. 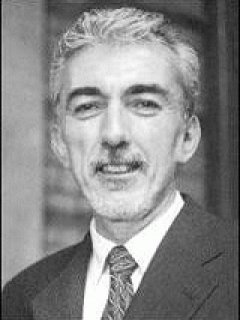 John Rose is a Director of The Qualitative Consultancy. He was trained in qualitative research at Q-Search by Bill Schlackman and Wendy Gordon and joined The Research Business (now TRBI) when it was founded, and joined TQC in 1987 when it became an independent company. He is involved with recruitment issues through the MRS Qualitative Interest Group and the Industry Working Party on Qualitative Recruitment.