We expect quite a lot from respondents. We expect that they will turn up, be who they say they are, tell us the truth about their thoughts, and opinions; in some cases reveal their innermost feelings. In exchange they receive a respondent's incentive as well as less tangible rewards, perhaps above all a feeling of having been listened to. But in addition they have certain rights and their foremost right is to be treated with respect.

We would all agree, wouldn't we, that we should not lie to respondents, that we should do what we say we will do, that we do not reveal their identities to anyone, that they are not coerced into doing or saying anything they don't want to and so on.

Why is it important? For a multitude of reasons. What goes round comes round and if we do not treat respondents with respect and consideration, they will not work hard on our behalf. The recent MRDF report found that a bad experience puts people off participating in future, so we have a responsibility not only to our immediate clients, but to our future and our industry, in terms of its future existence and our own professional standing. Without a strong and enforceable Code of Conduct, we will never be able to call ourselves professional. So the health of our industry may be due, in the end, to multitudes of small and seemingly inconsequential actions on all our behalves. If we treat respondents ethically, it actually has positive effects on the technical aspects of our work. If respondents are told clearly and honestly about what they will be doing, they feel more prepared and more relaxed about the group or interview, and are generally prepared to reciprocate in terms of honesty and working hard to help us solve our clients' problems.

The respondent's well-being is our responsibility. It is not our client's responsibility and it is up to us to familiarise them with the various ethical codes. We owe it to our respondents (and also to ourselves) to stand firm on requests that may help the client but remain a difficult area for the respondent. We would maintain that an uncomfortable, unsettled or angry respondent is not a reliable and helpful respondent - and we might never know they are feeling uncomfortable, unsettled or angry.

Mike Imms, Sue Robson and I have recently written and published the MRS Guide to Qualitative Research, soon to appear under the aegis of AQRP, too. If you want to read the full text, contact either of these two organisations. Meanwhile, here are some of the main recommendations:

Behind these guidelines is a more important attitudinal change. There is a tradition in the UK of treating respondents like 'guinea pigs' in a social experiment. Hence they are categorised into certain groups, given certain information and observed in viewing 'laboratories'. Generally they are treated on a 'need to know' basis; anything they don't need to know they aren't told. Essentially, they are being asked to respond, not to participate. In the case of revealing the identity of a client observer to respondents, for example, respondents wonder who they really are, despite the usually vague introduction, and will be busy making up reasons why they haven't been told the truth. 'Oh, I thought you were the man from Acme,' is often the respondent's first words after being told who the silent observer is in the corner. If respondents are told that the observer genuinely wants to hear their views, both negative and positive, it is not beyond the wit of respondents to understand the agenda and co-operate accordingly. Clients will feel more comfortable, too, at being themselves, rather than a 'colleague' or 'researcher'. Another harmful tradition is the law-court or police interrogation, where the 'witness' is assumed to be hiding the truth which will only be revealed under the pressure of relentless questioning. This may be true in LA Law, but it forms a bad precedent for qualitative research.

Respondents quickly sense the atmosphere of conspiracy which these traditions generate. Even in a well run group they will occasionally say things like 'We are not meant to know who this is for, are we?' or 'He's from the firm, isn't he?' or 'I don't suppose I should say this, but ..' which reflect their fears of manipulation. At worst, they can become uncomfortable and defensive, at which point the researcher has lost any chance of finding out what they really think. Then you can add in the 'circus' factor to the 'guinea-pig' and 'lawyer' traditions, where respondents are watched from behind a one-way mirror or on a V monitor. In the marketing and research industries, we have long since become used to viewing facilities, video links and video recording of groups and are comfortable with the process. The general public see it differently. To varying degrees, they feel uncomfortable being watched and change their behaviour accordingly. Clearly there are benefits to our clients in watching respondents discussing their brands, but we must redress the balance of power, tell respondents exactly what is going to happen and give them a genuine chance not to participate and to withdraw when they want.

The tradition of treating respondents as guinea pigs and reluctant witnesses, of watching them in viewing 'laboratories', of trying to manipulate their responses through over zealous Discussion Guides, all spring from the same impulse: a desire to control them and the research process, in the same way that marketing likes to control and manipulate consumer behaviour. Successful marketing hinges on understanding consumer motivations and behaviour so we must create research environments where respondents feel relaxed, comfortable, respected and appreciated. They will talk freely and we can listen.

We recommend that all qualitative researchers should reject all remnants of this tradition of thinking (and representing) their respondents as either 'guinea pigs' to be experimented on or 'witnesses' who need to be made to confess, and should replace it with a far more participative approach.

Instead of the accepted wisdom of keeping everything from the respondents, we should try to tell them everything in all circumstances, only holding back information until after the end of the interview if it is essential to do so. Not only does this generate a far more open atmosphere, it generates more accurate data. People are far more likely to volunteer what they really think and feel in a process where they feel welcome and included than in an atmosphere of conspiracy and manipulation. 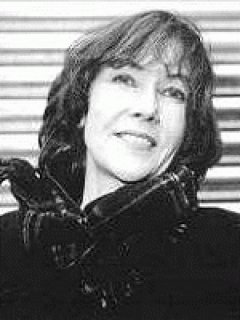