A new breed of recruiters has evolved who hunt creative respondents in the watering holes of Soho. Sally Fairall describes what makes them tick

What a difference a decade makes. You look back on some ads from the 90s and already they look light years away. The trend is ­ don't deny it ­ towards more off the wall campaigns, those that make you do a double take. But just what does it take to make them work?

Part of the solution lies right at the beginning of the process, with the recruitment of creative respondents. No longer is it simply a matter of asking what they might like to do with a hedgehog, a coat hanger or, indeed, any other object that has metamorphosed from the original version of the housebrick question. The solution is much more specific.

Today's creative respondents ­ and the general public as a whole ­ are a sophisticated bunch and we (the field lot) need tools just as sophisticated with which to recruit them. So what's happening? A new breed of recruiter is evolving. They are no longer called 'field girls' because nobody would dare. These are businesswomen, who've risen through the recruiter ranks and know that, if they apply themselves in a different way, they can be guaranteed continuous work.

They can be late risers, keen gym goers, who squeeze paperwork into a gap in the afternoon followed by a short nap. Recruitment takes place much later, often around midnight. As for technique, they adopt a prominent position within a Soho pub or club, arm themselves with a bottle of wine (or at least a few bottled beers), before approaching people in a confident manner to explain, without embarrassment, the ins and outs of their job.

Is this new breed effective? They sure are. They're terriers when questioning respondents to ensure that they fit the research brief. But they're only part of the creative process.

Creative advertising demands more than creative recruiters and respondents. The role of the researcher and their understanding of the rationale behind the brief is equally key ­ and here is where the whole process can fall apart.

It is one thing to put creative filters on, but unless a researcher can get under the skin of the client and understand their thought processes, they suffer a substantial handicap when trying to brief recruiters.

I know from bitter experience. One creative recruiter told me to go back to the client and find out what they really wanted. If not, she couldn't be expected to recruit the right respondent, 'could she?'.

Armed with answers, the next step is to compile a pen portrait, key to the entire process. Here, too, the client's input is vital.

They need to provide such data as where these people shop, what music they listen to; what sort of bag they carry; whether they'd be seen dead (or alive) in particular stores; what sort of job they do; what their friends are called; what these friends wear; what they listen to, and so on.

In this type of work, recruitment questionnaires are often not needed. Which is just as well, because you wouldn't honestly expect the new breed of recruiter to administer them after a few drinks in the Met bar or Groucho's, would you? 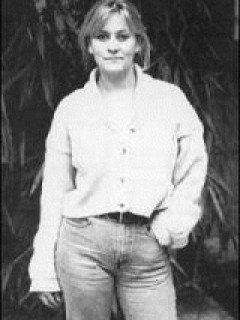 Sally joined 2CV to head up the independent external recruitment with 2CV fieldwork. Her appointment follows 20 years within the field management industry ? initially as an interviewer and progressing through to Field Manager. This gives her an unrivalled understanding of how the qualitative recruitment business really works.