Who says we don't listen? The latest AQR initiative is in answer to members' requests for a networking opportunity for those relatively new to the industry.

An informal evening get together is being organised at the WCRS advertising agency in Golden Square, Soho featuring its head of planning, Debbie Klein, talking on how qualitative research can be used at different stages in the advertising process.

The event is a new one for AQR, although there have been courses targeted at this section of the membership, and is being spearheaded by Lucy Golding. "It's aimed at those who have been in the business up to two years," she says, "and is very much a toe in the water exercise, a chance to have a get together. We'll use it as an opportunity to find out what people would really like before we go any further."

The cost of the evening, which is being kept as low as possible and open to members and non-members, will include the talk, drinks and finger food. It will take place on Thursday, 5th July ­ a day after the fireworks.

"We hope that people see it as an opportunity to meet up with others who are at the same stage in their research career in informal surroundings," says Golding. Since the industry offers precious few ventures geared to this particular audience, we hope it proves to be the first of many. 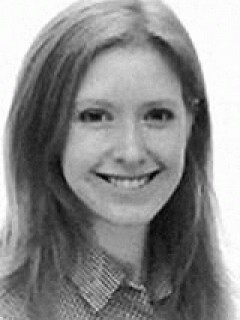 Lucy Golding meandered her way into the research industry after a law degree and a brush with the accountancy world, and is now a Director at CML Research. She has served on the AQR committee since 2000, tutored on a number of its courses, and is currently Vice Chair.

May 2001
White knight for newcomers