It’s never an easy task working out the right price for the right task, and budgeting for qualitative research is no exception. For those new to the industry, Tim Porter advises what you can expect for your money

Buying qualitative research can be a tricky task for people new to the business. The nature of the skills needed to do the job well means that it’s an individualised process. Different researchers do it in different ways and, whatever the end result, you’ll probably feel more comfortable with some researchers than others. At the same time, costs vary and you may wonder what you’re getting for your money.

A quick check with a random sample of industry members suggests that prices for a 90-minute group with a reasonably straightforward sample (mainstream lager drinkers, mothers who buy cereal), with summary report, range from £1,850 to £2,200; and that a one-hour depth interview ranges from £500-£650.

Quotes at the lower end of this spectrum are likely to be from freelancers, who have lower overheads; or from research companies working on large studies where there are economies of scale - upwards of 10 or 12 groups, or 30 or more depth interviews.

Costs at the higher end will probably be from research companies on typical commercial projects involving between four and eight groups. Both freelancers and research companies have their advantages and it’s worth considering these before deciding which route to go.

Freelancers offer other benefits in addition to lower fees. They tend to be experienced researchers who decided to go independent after years working in companies because it suited their lifestyle, working practices or personality. They will often know their way round particular markets very well. They are more likely than people in research companies to work on a single project at a time, and so can devote all their energy to the issue at stake.

With freelancers you can also be sure you’re getting the individual you chose working on your project, from briefing to fieldwork to debriefing. This means that you know what you’re getting in terms of approach and style of moderating and debriefing.

Use a freelancer and you won’t feel you’re risking letting an unknown or inexperienced researcher loose on your brand or your issue. There’s also the benefit of continuity, which can be especially useful in strategic and developmental work, where intimate knowledge of the issues and ongoing input are important.

There is, however, one point worth bearing in mind with freelancers. What failsafe exists, should anything happen to the person working on your project? In an agency, there should always be someone else to pick up the threads but this isn’t necessarily the case here.

The choice - freelancers versus research company - can be influenced by size of project, budget and personnel, but one possibility is to use a freelancer with specialist knowledge and get them to work with an agency. Another option is to hire them to work in a project management role with agencies.

Research companies generally charge more than freelancers - not because they’re out to make more money, but because they have higher overheads. They have offices to rent, admin staff to pay, new researchers to train, more equipment to fund. This means that they can offer things that freelancers can’t.

Since they employ a number of researchers they can be more flexible and more available: at busy times there is a greater likelihood that they’ll be able to take on your work - provided that you’re not insistent on one individual doing it all. Collectively the researchers in a company will probably have experience of a wider range of markets than a single freelancer: the more people, the greater the breadth and depth of knowledge. This also enables them to brainstorm and grow their knowledge - whereas freelancers work more in isolation, sometimes limited to networking with each other.

Most research companies also have a level of infrastructure that freelancers generally can’t offer. They’ll probably have offices big enough to accommodate meetings when you want to be somewhere other than your premises, or that of your advertising agency. Their admin staff will be able to help deal with problems when researchers are out of town; and will be able to track them down when things need sorting out quickly. If they’re part of a full service agency they can offer input on quantitative studies if you want this along with your qualitative work.

If you’re not sure how a project should be tackled, ask two or three researchers to write proposals, and make sure that you know what you’re getting. If it’s not clear, don’t be afraid to ask. If you’re using a research company and there is more than one researcher involved, make sure you know who’s doing what, and particularly that the most experienced person on the team is doing a significant proportion of the fieldwork. Decide what you want by way of reporting - a full report, a summary report or debrief notes only, and check what your researcher is offering for the price.

If you don’t know the researcher/research company well, ask them for information on relevant experience. When time permits, meet them and see how you get on with them. If you can, get opinions and experience of them from other people who have used them.

Experience is a valuable asset in qualitative research, and it has all sorts of benefits. It generally means that a researcher is better able to deal with your market, your respondents and your internal clients than someone new to the business. But it doesn’t count for everything. If you’re working with a research company and someone on the team seems young and inexperienced, don’t dismiss their value or contribution. They may be able to bring fresh thinking to your problem, and in youth markets they will probably have a better idea of the background noise and be better able to connect with young respondents than older researchers.

Qualitative research isn’t a commodity market; it’s not a sector where ‘you get what you pay for’. Lower fees can be a function of greater efficiency and lower costs, but can also mean more limited availability and less flexibility. Higher fees don’t indicate poor value, but don’t necessarily buy you better research. Cost is always important, but a researcher’s quality of thinking, understanding of your needs and ability to give you what you want all count for more when it comes to delivering a good piece of work. 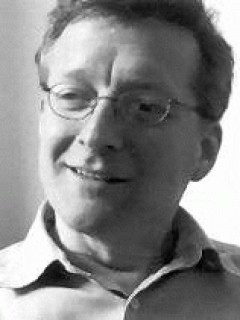