Marketing to ethnic minority communities is not a straightforward proposition. Philly Desai provides an insight into the issues - and practical considerations - that qualitative researchers working in this area need to be aware of

In recent years, brand owners have started to rethink their relationship with niche audiences. They have recognised the need to refine products and services, to fine-tune their marketing if they are to achieve effective communication.

Ethnic minority communities represent one such audience, with qualitative researchers being asked increasingly to include them in research projects, either as part of the overall sample or in targeted studies.

Commercial companies and advertising agencies want to take advantage of this growing market. Hardly surprising since, according to Interfocus, the Asian community and the Afro-Caribbean community represent two of the largest minority groups in the UK, with disposable incomes of about £7bn and £5bn respectively. What they now acknowledge, however, is that mainstream strategies may not work well.

Another aspect is that many public sector organisations - including Central Government, local government and health authorities - have a legal obligation to ensure that their services are equally accessible to all parts of the community.

So, what are the issues involved in conducting qualitative research among ethnic minority communities, and what are the approaches one can take?

The best overall approach will be determined by the research objectives. If there is a need to ensure that a sample of shoppers in Birmingham, Manchester or Leeds reflects the ethnic diversity of the population, but without conducting a separate analysis, the groups can be structured so as to have an ethnic mix.

It’s best to determine that the topic is not racially sensitive and that a target audience is chosen where people of different origins normally mix socially. It’s also wise not to adopt a ‘one in each group’ approach. Far better to try for a real mix of the population, otherwise people can feel inhibited.

If exploring racial or cultural issues - including discrimination - researchers will probably want to conduct separate groups among ethnic minority communities. For projects where fine cultural differences may not be important - say, attitudes to public transport - they might use quite broad ethnic categories, such as ‘black’ or ‘Asian’ to structure groups.

But if there are real cultural issues - for example, when looking at cooking practices and diet - it might be better to break things down into smaller groups, such black Caribbean people or Bangladeshi people.

In deciding which communities to include, location is likely to influence the research. Nationally, there are about three million people from ethnic minority populations in Britain, and the biggest clusters are the South Asian (Indian, Pakistani and Bangladeshi - about 1.5 million) and the Black Caribbean populations (about 500,000). So, for national studies with an ethnic minority component, researchers might choose to focus on the largest groups.

At a local level, however, smaller communities may be more significant. Population details will be needed when working for a local authority, for example. In this case, researchers might want to contrast a more recently arrived and smaller population, with a larger well-established group, as they’ll probably have different needs.

Conventional recruitment methods may work well for some sections of the ethnic minority population - younger generations, those who speak English fluently, and more middle class people.

If, however, there is a desire to access sectors of the population who are harder to reach - those who don’t speak English well, refugees, or older Pakistani Moslem women, for example - it can be better to recruit through community networks. The researcher, or their fieldwork agency, will need to do this.

There are a range of organisations that can help, as they have the trust of the community, plus the knowledge and language skills to access these groups. But beware the biases that may enter the sample if the respondents are all recruited from one group or sector of the community.

Some researchers and clients believe that it is important for the moderator and respondents to be from the same, or similar, ethnic backgrounds. There can be advantages to this, including a better understanding of the cultural background and community norms, and a greater sensitivity to issues such as body language or tone of voice.

This isn’t, however, always essential. Sometimes an outsider can find it easier to address controversial or sensitive topics, or to play the role of the ‘professional stranger’. Gender matching is important for older women from some Moslem communities, such as Pakistani and Bangladeshi people. But whatever the moderator’s ethnic background or sex, they do need to understand the culture and background of the communities in order to avoid a superficial interpretation.

Many older people and women from some minority groups - for example, Pakistanis and Bangladeshis - speak little or no English. This means that, if they are to be included, it will be necessary to work with researchers from the relevant communities who possess the right language skills.

Ensure that the moderator and respondents speak the same dialect, as some ethnic minority languages have several different versions. Running a project in different ethnic minority languages is similar to an international project - all the researchers need to be briefed carefully, the methods determined as appropriate for the different cultural groups, and the moderators’ approaches sufficiently similar for comparable data to be obtained.

If a researcher with the right language skills can’t be found, an alternative is to work in tandem with a community worker, or to use an interpreter. This will disrupt the group dynamics, but it may be the only option in some smaller communities.

When analysing the data, be sure to get the views of interviewers or moderators who’ve worked with the different communities. Get their perspective on the fieldwork and what it all means, and try to ensure that the cultural differences are incorporated into the final analysis. If fieldwork has been carried out in other languages, it’s best for the moderator to transcribe the tape back into English for analysis.

There may be religious, linguistic or cultural issues which affect one community more than another, and it’s important to hold on to these variations. Finally, remember that the key issue may not be a cultural or racial issue - it could simply be that everyone who lives in a particular area wants cleaner streets, or that all older people want to sit down at the bus stop! 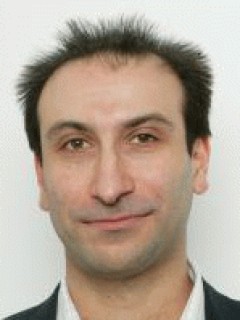 Philly set up Turnstone after working for many years as an independent researcher. He has a doctorate in sociology from the University of London, where he specialised in ethnographic research and youth cultures. Philly is interested in combining academic and commercial research approaches and in developing innovative methods to conduct and communicate research. He is a regular speaker at national and international conferences and has published many papers on qualitative research. In his spare time, Philly enjoys modern art, cinema, travel and skiing.