The Directory of the Association for Qualitative Research is now in its eighth edition - and being read by an ever increasing audience. Ann Whalley charts the industry behind the book, and AQR’s goals for 2002

The AQR Directory is such an established part of the qualitative research world that it is easy to forget that there are a fair number of ‘virgin’ readers to each issue. So for these newcomers, we offer a brief intro to the industry and our role within it.

Most readers use this publication as a quick and easy way to locate researchers and suppliers, but it has an additional function. It enables us to provide an update on AQR’s aims, its performance over the past year and - for the first time - to showcase some brand new statistics on this sector. The Directory also contains essential data on AQR members, useful industry contacts, and insights into specific industry sectors and issues.

But first, an insight into the industry. Qualitative research enables skilled researchers to explore and understand people’s attitudes, motivations and behaviour to a specific subject matter, product, brand or service. While quantitative research elicits ‘who’ is doing ‘what’, qualitative research explores the reasons consumer decisions, the ‘how’ and ‘why’ behind the ‘what’.

It is based on small samples of people, with group discussions and ‘focus groups’ being the most commonly used methods. Others include face-to-face depth interviews at one end of the scale and observation (sometimes, for example, accompanied shopping trips) at the other.

The industry has existed in the UK for some 40 years, and is rooted primarily in psychology and related social sciences, from which it takes its methodological and conceptual procedures. It is not, however, static and is constantly adopting new methods to mine consumer thinking and behaviour more richly and deeply in search of the all too elusive truth.

The Association for Qualitative Research (AQR) represents those involved at every stage of the qualitative research process: from commissioners through to recruiters and viewing facility proprietors. It aims to be the ‘mind, body, soul and voice of commercial qualitative research’, and as such to raise the industry’s profile among the general business community, politicians and the media.

The qualitative research industry may have been around for close on half a century in the UK, but facts and figures on its make-up have proved hard to locate. That’s why this year, for the first time, the AQR has risen to the challenge and set about collecting its own. The data below is based on anonymous responses to a questionnaire sent out simultaneously with Directory forms. Just to put these figures in context, the Association’s membership currently breaks down as follows:

So just what sort of facts did the questionnaires elicit? Some of the more interesting findings include:

In addition, brainstorming/idea generation (used by 39%) and observation (used by 19%) are also frequently employed. Other reported methodologies included consultancy, workshops and on-line, all going to prove that the industry is making use of an increasing number of methods to get inside consumers’ heads.

AQR past and present

This research represents a pretty good snapshot of the qualitative research industry, but the publication of a new Directory also represents an ideal time to look back on AQR activities over the past year - and to look forward to the Association’s aims in the following one. So just what did go on in 2001?

The AQR’s PR focus is to increase perceptions of professionalism and innovation in the industry, working hand in hand with our agency Camargue. A list of spokespeople has been compiled who can be fielded to talk on specialist areas and this is resulting in increasing coverage in the media.

A key aim this year is to develop a specialist qualitative accreditation system. Again this will be done in partnership with the MRS.

The new data protection legislation has now been interpreted in the context of the market research industry and AQR will be distributing to members the specific implications for all aspects of the qualitative research process.

There will, as ever, be a 2002 Trends day in November. This provides an annual forum to put forward and debate ideas that have been generated in the preceding year.

This year will also see the presentation of the first ‘Prosper Riley Smith’ Award, in memory of a man who was a key industry figure and an invaluable contributor to AQR (as chair, vice chair and treasurer) and who sadly passed away in September 2001. The award, for ‘Fresh Thinking in Qualitative Research’, will be worth in the region of £1,500.

In terms of training and education, a new introduction for 2002 will be the Masterclass for senior researchers in June. This is a one-day seminar designed to spotlight a number of topical areas such as neuroscience, postmodernism and discourse analysis.

Interaction is, of course, always encouraged via our networker service. This enables independents to exchange each other’s contact details and compare notes on many industry issues, including prices.

We are also in the process of introducing the facility for different groups to chat about various issues onto the web site. The first of these is for field personnel and is already live, to be followed by one for new researchers and for those independents on the networker list.

The web site, which was relaunched last year, has proved a big success with just under 3,000 visits per month and rising. It also features an online - and searchable - version of the Directory. We have plans to increase the site’s services to members and will be launching a facility for enhanced commercial mailings this year.

We have also recently improved and developed our already successful bi-monthly magazine, In Brief.

An overall aim for 2002 is to focus on improving both the quality of service and benefits to current members, and to recruit new members. Specifically, the AQR is committed to bringing new talent into the industry and, to this end, has developed a graduate pack that is being distributed to a large number of educational establishments. 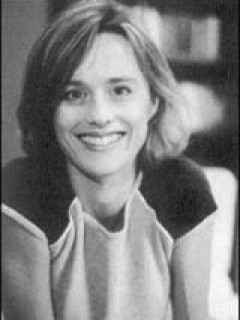