Ideas are here one minute, gone the next, but who owns them? As far as qual goes, we’ve sold them before we’ve even thought of them.

The Taunton Showcase on a wet Saturday afternoon. My children are towing me into Lilo and Stitch and I decide to pre-book for Harry Potter II. My mind wanders.

"Property is theft," we were shouting. We meant it as only students can. Fists clenched. The project was to bring the whole thing down.

I confirm to my eldest, Agnes, that we do have tickets for Harry Potter as well. "I can’t wait to tell Emma," she says, smiling. I flit between nostalgia for my activist soul and amusement at so unworldly a belief. Property is theft! It still has a ring though, doesn’t it?

And then it struck me. Intellectual property is theft. How could you possibly think that you own an idea?

Could it be as simple as this? The word ‘mine’ is ambiguous. Firstly, it can mean "I own that", implying "I control what happens to that". Secondly, and distinctly, "mine" can attribute maternity. My analysis, my child, my idea. You have created it, may have certain responsibilities towards it ­ but you don’t own it.

"That was my idea" only means that you were the first to think of something and draw attention to its potential. The notion that you own it and have any further control over what happens to it is ludicrous. It is free as a bird. It may cross continents, it may die young, but it has flown either way.

Few other industries have been so sanguine.

Ideas can only exist in people’s heads and once they are free. One may control, however, how they’re moved from head to head. Sharp-suited lawyers have thrived protecting both the right to duplicate (copyright) and the means of delivery.

We want music ­ we pay for thin discs of multi-layered plastic. We want perfectly turned characters that lead us through a beguiling narrative. So what do we do? We pay for a flat cube made of thin slices of pulped wood.

Control of duplication and delivery has been big business. Movie studios, publishers, music labels, are all commercial entities whose value consists in their ability to exploit the ideas they have bought. The clock is ticking, though. The edifice built on the ambiguity is beginning to crack.

All of human knowledge will soon be only 12 keystrokes away from anyone who can think and type. With ADSL I can now download and watch films that have not even been released in the UK yet. Delivery is no longer controllable. Which leaves our infringement of the right to duplicate. Well, the thing about law is you can’t sue everyone.

"Without the money from long-term exploitation there won’t be the big movies and new bands," argues the guy with the shark like grin and the suit to match. But do we believe him?

Two ways the whole thing might go. If the revenue streams from long-term exploitation of recorded material collapse then it must all become ‘live and local’: theatre instead of film, gigs instead of albums, tellings instead of tales.

Heaven in the here and now. But this is my utopia and that never happens. What will actually happen is what my daughter Agnes, and qual buyers have already discovered. We will start paying for appropriate introduction, lifting awareness, selection assistance, expectation, excited anticipation and then, finally, privileged delivery.

Coherent, compelling, intriguing marketing will not just lead us to the ticket desk but be part of what we pay for. The timing of payment moments will adjust to accommodate this new consumer truth. Watch for "It’s your movie!" clubs, buying shares in boy bands, pre-books from authors who are still typing and paying stars even more.

It’s not the medium but the next message. Next content is king. The old stuff ­ well that’s free ­ just as nature intended.

"I wonder just how long it will take them to work all that out?" I muse as I pocket tickets for the Taunton premier of Harry Potter three weeks hence. I look up and notice that, as usual, Agnes is way ahead of me. 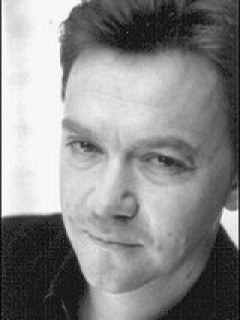