Is there a limit to how quick turnaround can be? What are the likely side effects? David Green looks at what can you use to speed up performance and the impact of unlimited availability of research supplier on performance

For a discipline that has its roots in psychology and the social sciences, the lexicon of qualitative research seems to have appropriated terminology from a bizarre load of sources. These range from the military (in-the-field, de-briefing) to the medical (car clinics, brand DNA), and many more besides. But there’s one term we’ve invented all by ourselves: Quick ‘n’ Dirty Research.

The implicitly pejorative nature of this term speaks volumes about our industry today. When someone says: “let’s do a couple of groups”, the sub-text is often a complicity among buyers and suppliers in the idea that this somehow does not constitute ‘proper’ research, or not what we’d do in an ideal world.

The inescapable truth, however, is that our world continues to move faster, budgets remain tight, and the “I need it tomorrow” mentality is more often simply a symptom of commercial reality than of bloody-mindedness or bad planning.

The question is, therefore, not just about how quick turnaround can be, but also about which types of project are most appropriate to (and, more importantly, can actively benefit from) fast turnaround, and how to ensure excellence of output when speed is of the essence.

Beyond commercial imperatives, one of the most fundamental reasons that we often find ourselves working against the clock is simply that so much of our business is ad-hoc, regardless of the extent to which we enjoy repeat business.

We obviously can’t expect clients to give us hard and fast guarantees of work over a given time frame. Forecasting attributable turnover with any degree of accuracy is notoriously difficult, and one side effect of this is often the tendency to say ‘yes’ to everything, particularly after the quiet periods that are, to some extent, an inevitable part of our activity cycles.

To date, quick turnaround has commonly been regarded as exceptional or extra work, slotting into the cracks between 'proper', more 'legitimate' projects. This attitude needs to be revised.

Quick turnaround needs to be recognised more fully as an important and valuable element of the business, instead of a compromised solution or exercise in corner cutting. This can only be achieved by our acknowledging the business context in which the research is being used, and by our recognising quick turnaround work as a significant contribution to our clients’ strategic objectives, rather than just another conspiracy to deprive us of sleep.

When is it appropriate?

By far the most relevant determinant of the appropriateness of quick turnaround work is the expectations of the research’s purpose and output.

Advertising development, design development, NPD and pitch work are just a few examples of the many occasions where research is often used as (and must be recognised as) just one staging post on the creative journey. Consumer insights, meanwhile, are springboards to inspire innovative thinking, rather than a platform from which to deliver definitive ‘solutions’.

In these instances, ‘doing a couple of groups’ is often an entirely legitimate and appropriate way of feeding into the developmental process, either in isolation or as an iterative process which informs the evolution of an idea. Conversely, developmental work can suffer actively from too heavy-handed a sample recommendation, where there is a danger of over-analysis and losing sight of the core creative idea.

Smaller scale projects clearly facilitate fast turnaround, but it doesn’t necessarily follow that the findings from such projects should be any less in-depth than those where a more robust approach is required. As for quality of the output, this isn’t necessarily a function of the length of time we are able to block out for analysis.

Purely from a recruitment perspective, the most obvious issue is the need for realism in terms of who can be recruited at short notice. If you want to speak to 18 to 20-year-old men in the South East who eat McDonald’s burgers once a week, you should be able to find them in a couple of days or so. If you want to speak to ‘liberal positivists’ (whatever they are), you won’t.

As for side effects, an unrealistic recruitment expectation for quick turnaround work won’t just compromise the quality of your findings; it’ll end up with the project being a complete waste of money.

A more interesting question for speedy recruitment is how to harness the full potential of the respondent databases that several recruitment companies have been building over the last couple of years.

Leaving aside the debate over data protection, there is a compelling argument for making these databases work harder. This isn’t just as a means of avoiding the sort of person who’s a bank manager one week and a systems analyst the next, but also as an opportunity to profile potential research participants according to the type of project that they are most likely to add value to, and even according to their willingness and ability to attend research discussions at short notice.

Of course, such an approach to recruitment needs to set reasonable limits on attendance, and there’s not much point talking to a group of 18-year-old ‘great respondents’ if the project is about SAGA holidays. The principle of highly targeted, fast recruitment initiatives through effective database building and management remains, however, vastly preferable to simply pretending those ‘little black books’ don’t exist.

Part of the issue here is simply how we approach the work. It’s not unreasonable to suggest that there can be a tendency to allocate agency resources according to the perceived ‘importance’ of the job, where Quick ’n’ Dirty Research is relatively low on the food chain.

Fast turnaround work, however, produces a fundamental need for senior, highly experienced research practitioners to execute the work; people who understand when ‘no’ means ‘yes’ and are able to clearly distinguish between an idea and its execution.

This is not intended as some kind of vindication of the existence of so-called ‘gurus’, but rather as a way of insulating against the sort of flak we continue to come in for, often deservedly, when decisions that must be made quickly are ‘informed’ by reportage, and worse, where invective is allowed to take precedence over insight.

Speeding up the process

In terms of more straightforward practical measures that can be adopted to speed up performance, using an experienced note-taker is an invaluable way of getting to the heart of the matter quickly.

Brainstorming the key themes the morning after groups is often not only faster, but considerably more generative than slavishly re-visiting tapes, while also recognising that quick turnaround should never be an excuse for shortcutting the ‘detail’.

Another useful technique to bring insights to life in a short timeframe is to ask respondents to sum up their key thoughts to video at the end of groups. There are a number of inexpensive editing packages currently on the market that make the incorporation of such footage into standard presentation formats extremely straightforward and time-efficient.

This practice enables clients to get a powerful experiential flavour of the key issues — albeit not necessarily verbatim ‘truths’ — even if the findings are required a day or two after the discussion forums (which seems to be becoming increasingly the case!).

This last point does, however, also raises some wider issues about what can reasonably be achieved in a short timeframe in terms of the physical output from research. If clients expect us to turn round a report within a day or two, it’s frankly absurd to also expect a beautifully crafted, 40-chart presentation and, more to the point, such output is often simply not necessary or genuinely helpful.

In some cases, an hour’s brainstorm after groups with all relevant parties, followed by a succinct Word document the day after, summarising key themes and recommendations, adds more value to the development of an idea than the ‘distance’ afforded by cogitating over a Power Point presentation for a few days could ever do.

If we accept that our commercial climate requires a much more flexible approach in terms of research project design according to the specific need, then we should also accept that it is all too possible to get hamstrung by more traditional reporting ‘processes’ where, quite apart from implications to timing, style is in danger of triumphing over substance. And we should be prepared to cost accordingly, rather than just selling research by the yard. 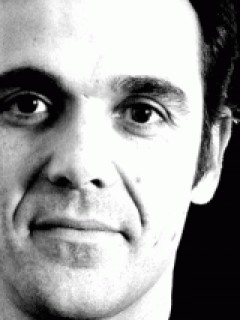 Originally from a design and advertising background, David has worked in qualitative research for 10 years. He now works both as an independent consultant and is one of the founding principals of Juice Research Ltd, a qualitative research agency that specialises in creative development research across a broad range of market sectors.

September 1999
The art of online research