Not all black and white

Greg Burnside reports on an award-winning session from the MRS conference which looked at how brands, advertising and the media have reflected the shift from an overwhelmingly white population to an increasingly multicultural society (or not!).

Anjna Raheja explained that, although 8% of the UK population is considered ethnic, this figure is not reflected in either the workplace or TV advertising. Only 4% of those working in the ad industry are from ethnic minorities, and under 2% of TV ads feature non-white faces.

Why is this? Well, as a career choice, the media is often perceived to lack the status of the Professions. And with so few prominent EM figures within the industry, it can be viewed as white-only territory. Finally, companies may feel reticent about using ethnic minorities in advertising for fear of coming across as patronising or offensive.

Alicia Clegg, Victoria Brooks, Stephen Davis and Alex Maule, who debated whether or not ‘The Benetton effect has gone too far’, picked up this theme. Today’s savvy consumers appear to reject brands that rely on crass racial stereotypes.

Karen Roberts, Philly Desai and Christine Roberts told us about shifting identities among EMs and what this might mean for media consumption. First generation EMs may live here, but take their identity from their country of origin.

For second and third generation EMs, however, multicultural communications and marketing approaches are preferred as this reflects their hybridity. So what we see emerging is a cultural group that takes on aspects of British culture, but also has a profound influence on it.

This article was first published in InBrief magazine, May 2004
Copyright © Association for Qualitative Research, 2004 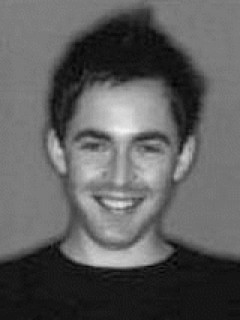 Greig has been with Green Light for just over five years where he is Associate Director. His career at the company has taken him all around the world, learning about the Japanese trainer market and German attitudes towards DIY to give just two examples.