There's even greater need for info in time of war, and this tends to put practitioners under increased pressure, Allen Cooper reports.

We all have stories about outlandish recruitment criteria demanded by clients who strain the ingenuity of their recruiters almost to breaking point. True, BMW-driving accountants with holiday homes in Barbados may not grow on trees (or maybe I don’t know the right people) but there’s a whole infrastructure of eager beavers ready and willing to track them down. But what if your client wants radio listening Afghan nationals who temporarily left their homes for Pakistan during the American bombing of late 2001? Welcome to the bizarre world of qualitative research in war zones.

First, let’s be clear just what we’re talking about. Research, qualitative or any other kind, simply can’t be done amid the bombs and bullets of a real war situation — people obviously have other priorities, and no research, absolutely none, is worth putting people in mortal danger — not that such considerations stop clients asking.

Yet the aftermath does create a demand for information from war-ravaged countries and their often-traumatised populations. We’ve seen it in the wake of the Balkan wars of the 1990s, in Afghanistan and Iraq, not to mention some of the less publicised conflicts in Asia and Africa.

Aid agencies want to know how to direct their relief efforts, governments need their finger on the pulse of public opinion, and broadcasters are keen to fine-tune their output. It can be done, but as Dorothy said, we’re not in Kansas anymore.

Wars tend to happen in countries where, if it exists at all, the research industry is rudimentary. So the first hurdle is to find someone to work for you. The latest ESOMAR directory now lists just one research organisation in Afghanistan. Prior to that, the key was to identify other organisations and people with the aptitude and then rigorously train them — assuming you could get there to do it. Getting in and out of Afghanistan is now fairly straightforward, but some clients, mindful of possible expensive insurance claims and ransom demands (I kid you not), are reluctant to let Westerners go there. So, you either go in regardless, try to meet your partners in the relative safety of Pakistan, brief and train by phone or e-mail, connections permitting, or some combination of the three.

Old Afghanistan research hands honed their skills working with Afghan refugees in the camps around Peshawar, putting in extended effort to get journalists, radio producers and teachers to the point where they can moderate a group tolerably. This is no place for state of the art techniques.

Moderating is the easy bit. Since fluency in Dari and Pashto doesn’t appear on many qualitative researchers’ CVs, you have to rely on translated transcripts to back up, or in many cases substitute for, your observations. You very rarely get them. Summaries, selective accounts, yes, but a full verbatim transcript? Rarely, if ever. Best to bring the tapes home and get them worked on here. As for analysis, forget it. That’s another job for the office back home.

Believe it or not, there is now at least one fully equipped qualitative facility in Baghdad with moderators and staff who can produce work of commendable and improving quality. Again, Iraq is not a country where you can easily observe. One group I had commissioned earlier this year failed to materialise owing to a security alert and military roadblocks.

With car bombs still a major concern, and personal risk very high, simply convening groups becomes an exercise in ingenuity. There is suspicion of unknown recruiters, necessitating the use of snowball and similar techniques.

Rules often have to be bent to fit reality on the ground. You have to make allowances — it’s just not sensible always to expect work of European quality, even though some clients seem to expect it. It can be exhausting being the intermediary in situations where the researchers are doing the best job they can — especially if the client thinks they could do better.

Remember that moderators are likely to be just as affected by post-war trauma as group participants themselves, something I first learned working with Albanian researchers in Kosovo and Macedonia.

And that’s what really makes it worthwhile. Groups can be a cathartic experience for participants — tears are not uncommon — and a sobering and humbling one for those of us fortunate not to have been caught up in the terrible events which have so scarred many of these lives. 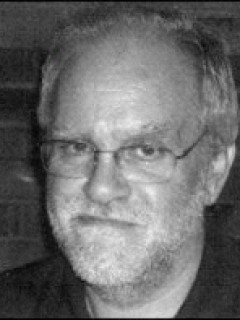