Once upon a time, anthropologists worked on the fringes of society. Now, as Dr Simon Roberts explains, they operate right at the core.

Anthropologists like reversal. They look for it in rituals on the understanding that it reveals the underlying social order and with it the wider principles of the society or culture under examination.

So it’s worth scrutinising how anthropologists’ activities have themselves undergone something of a reversal. Research work in far off lands is now carried out closer to home, and instead of working outside, and sometimes against the commercial world, anthropologists now work with or for it.

Once (in the mythical past) their research concerns were such fields as religion, myth, magic and symbols. Work took place in isolated villages so that they could observe and participate in ‘pristine’ cultures. At this time, anthropologists happily talked of ‘their’ people or tribe. ‘Their’ people were nearly always exotic and distant ­ at the periphery.

Over time this changed. The realisation dawned that untouched cultures were a creation of the anthropological imagination. As the world became a more inter-connected place, their research turned to forces of change such as globalisation, industrialisation and the mass media.

Now the research interests of anthropologists are likely to be closer to home, or to focus on phenomena that affect ‘us’ just as they affect ‘them’. This distinction has become difficult to maintain. The periphery has become the centre, with anthropologists at the core.

One such ‘Centre’ is Whitehall, where the term is used to describe the triumvirate of No. 10, the Treasury and the Cabinet Office. Anthropologists walking its corridors are likely to be joined by their brethren in the Foreign Office, Ministry of Defence, Home Office, Department of International Development and the National Audit Office. There are probably others elsewhere.

A few, but by no means many, go under the moniker ‘anthropologist’. Most hide behind less exotic titles and hope that what they do in the present, not what they were in the past, is what gets them noticed. Anthropologists might be the social scientists of choice in the Centre these days but few are prepared to admit it openly. If it’s a choice between pith helmet and bowler hat, most seem to be opting for the latter.

They have also made inroads into other formerly un-colonised lands, particularly the high tech sector. Companies such as Intel, Microsoft, Google, Kodak and Apple nurture their own specialist tribes. Intel is the iconic high-tech industry example. Its People and Practices Research team has, in recent times, been busy on such projects as an exploration of the meaning of space, the future of health and a two-year examination of the home across seven Asian countries.

Pie in the sky

All of this sounds like pie in the sky, but the Asian work has seen the launch of Intel’s first complete PC (a significant departure for a chip maker) designed for the Chinese market. Intel’s anthropologists are as busy selling their ideas and perspectives within the firm as its marketers are selling their products outside. They see the communication of research as a design problem all of its own and have adopted an array of innovative techniques to ‘socialise the technologists’.

So what makes the anthropologist’s offering so appealing? Generally it’s their mindset, questioning and unsatisfied, and a research imagination that straddles diverse social, geographic, cultural and disciplinary worlds.

More specifically, anthropologists have a unique tool kit of concepts that they can apply to the worlds they study, even if they’re unable to practice the ethnographic methodology for which they are renowned. Few, if any, anthropologists in Whitehall actually get into the field, though those at Intel are more fortunate.

As to what else they bring to the party, maybe potential employers could take the following on board. Anthropologists have the ability to facilitate knowledge exchange between communities of interest that speak different ‘languages’: to act as brokers of ideas and insight.

This could take place, say, between Chinese families and West Coast technologists and strategists. They have a propensity, a training even, that enables them to challenge orthodoxy, to unsettle commonplace assumptions, and a skill that renders the familiar strange and the strange familiar.

This combination of skills, plus a changing marketplace in which cultural context and diversity are firmly on the agenda, has fuelled the demand for anthropologists. They are as likely to be taking meeting minutes with Mandarins as they are to use their broken Mandarin to understand what sort of computer a Shanghai family might welcome into their home. They are finding a market at the centre, and busy making markets in what were once peripheries. 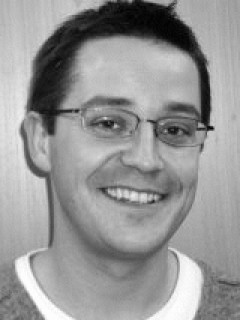