Happiness. In this hedonistic age it's what life is all about. And the delivery mechanism, according to all the mainstream political parties, is a market-driven, ‘consumer led’ economy.

More choice, more freedom and, of course, lots more high-quality goodies are the ways to ensure that happiness — or ‘subjective well-being’ as social scientists prefer to say — continues on the up and up. Right?

Our experience on meeting people was telling us otherwise; we felt some assumptions were past their sell-by date. We felt it was time to check out this theory. We decided to concentrate on the 18-24 year old age group, i.e. those leaving behind the anxieties of adolescence but mostly free of ‘grown-up’ responsibilities.

What follows is an analysis of three key themes that emerged from twelve group discussions and eight extended depth interviews (with a little background support provided by a quantitative study of 580 interviews conducted at the same time). Nine groups and six depths took place at three major gatherings across the summer of 2004 — the Homelands Dance festival, the Newquay Surf Festival and the Reading Carling Weekend.

Unsurprisingly, we caught most respondents in a good mood. The question is, deep down inside, are they happy?

Why Rebel When You Have Nothing to Rebel Against?

Our current 18-24 year-olds are burdened with knowing they have things easy:


“We should all be happy really; we’ve got everything we need in life”.

Whatever they feel they might be missing out on, they know their lives are “pretty cushy” compared with preceding generations. In their lives, material comfort and reasonable access to cash combine with an absence of strong constraints:

They know freedom. If — and it is not top of everyone’s agenda — they want to go and “get bladdered” they do, without compunction. They can make up their own lives — and change them as they go along:


“I know that I could just drop everything and go off if I wanted to.”

But the upshot of this is that, cocooned in reasonable comfort and surrounded by freedom, ‘rebellion’ in the sense a previous generation might understand it is not on the agenda. As some reflect:


“It’s hard to rebel when you can pretty much do what you like.”

Since the 1960s, political debate has always been a key driver in rebellion. But when it comes to our 18-24 year-olds, they are left very cold by politics — save for the few issues they consider touch them directly. Crime, drugs and, for some, asylum-seekers are in, everything else is out. And there is a hugely diminished appetite to become actively engaged with ‘global’ issues — again except insofar as they feel directly, personally affected. While there are some campaigning spirits, the following attitude is more typical:


“McDonald’s is blatantly evil, but they’ve got a great McFlurry deal on at the moment…”

Our respondents recognise that in the past there were “a lot of rules”. These rules were applied externally and covered all aspects of life. They dictated what you could do at school and when you could go out through to drugs and sexual behaviour. So “you knew when you were breaking the rules”.

Now, it would seem, there are few rules to break and, for our respondents, life appears to be a lot less clear. There are fewer and fewer people telling you what you can and can’t do — the choice is yours. So what was once rebelling is now a lifestyle choice and getting a tattoo or becoming a punk hardly raises an eyebrow. But one of the pay-offs for this increasing freedom is that our 18-24 yearolds are struggling to find role models and the sentiment that “there is not really anyone I look up to these days” is widespread.

Yet that isn’t to say that our respondents lack a sense of responsibility. They realise that their choices have consequences — specifically, you can choose to fail and you can choose to succeed. They are used to and expect comfort in their lives but are anxious as to how they can possibly get the cash together to reach and then exceed the material comfort levels of their parents.


“How will I ever afford to buy a house like my parents did?”


“Buying a house is getting more and more difficult.”

This pushes many to be commercially-minded, putting themselves in positions where they can get themselves ‘good’ jobs. What’s more, the Americanisation of cultural values means they feel their perceived value and achievement will be measured in cash terms. And a good job is almost always measured in money terms:


“There is definitely more pressure. We’re told from a young age we can do whatever we want to do”

Which in turn leads into…

The Stress of Choice

It is argued that civilisation’s advance can be measured by the number of tasks that can be accomplished without thinking. From the vast number of qualitative research projects we have undertaken, we believe that choice proliferation is inverting this premise and is infesting both the big and small things in life.

People in the 18-24 age range have always faced more and more choices because bigger, once-in-a-lifetime decisions come to the fore during this time-period. But these big choices appear to be more onerous. On the one hand there is less overt external pressure pushing them towards doing a particular thing and, on the other, there are so many different directions they might go in:


“There is definitely more pressure. We’re told from a young age we can do whatever we want to do”


“I’m overwhelmed by options — there are so many things I could do, I don’t know what to do.”

What’s more, the stress of choice has expanded to the small things as well. Greater affluence means that there are more buying decisions to be made. For example:


“I don’t feel qualified to choose clothes in London. I’m under-informed about what I should or shouldn’t be buying.”

Buying decisions are made more difficult because of the following factors:

A classic area where these forces can be seen to be at work lies in the realms of mobile phones. A mobile is out of date within two to three months of being launched yet the user is tied into a contract for at least 12. Consider the ‘shame’ of having a phone — one of the most visible accessories — that is out of date…

Commitment Deficit and the Fear of Being Out of the Loop

Friendships have always been perennially important but now they are more important than ever… Society is much more fluid: families are smaller, more fractured and geographically spread out; traditional community / collective groups are in decline. Plus, people — and especially teenagers and young adults — are used to being stimulated more of the time...

Indeed there’s no reason to stop yourself doing something pretty much all the time (whether it be listening to music on your mp3 player, texting, talking to people on the mobile).

Yet with all this stuff going on it’s hard to give your undivided attention to any single thing, be it an activity or a person.

Again, among our respondents, mobiles play a big role in this. They have made social arrangements much more flexible: things need to be less planned; arrangements can keep changing. But that means first you must have a phone. Secondly, that you have the opportunity (and so often feel the need) to keep your options open for longer — just in case a better offer comes along. And third, you’re anxious. This is not to say that all of our respondents are paranoid but when you could be getting messages all of the time, what’s going on if you’ve not had one for a while? Are others in your circle getting messages that you are not? In fact, there is an addictive quality to messages, with the activity of messaging almost becoming a relationship substitute.


“When I get a text message I get excited — someone wants to talk to me!”


“I get really upset if I have to turn my phone to silent — what if someone wants to ring me?”


“I think relationships used to be more personal, because you had to have face to face conversations”


“I’ve been seeing this lad for about a year now, and all we do is text. If we didn’t have mobiles I’d have gone to his house more, had more conversations”

More worrying is that a broader issue seems to be emerging in relation to relationships and commitment. While most of the people we talked to are very pro-family and seek to provide stable parental relationships for their children, often their personal familial experience is far from this.

A high proportion has divorced parents. And the cultural norm is moving away from ‘settling down’ at an early age. Among the more educated, the pressure, insofar as there is any, is toward delaying the onset of serious relationships. Again, the strong motivation seems to be towards keeping as many options open as possible — so that potential choices are not restricted.

We are witnessing the consequences of a surfeit of choice and freedom: anxiety, stress and a commitment deficit. We see these affecting people of all ages — but most especially those who are now just coming into adulthood.

Yet we are also seeing signs that a new set of priorities might just be emerging. Structure, order and belonging are beginning to be held up as virtues, with nineteen year olds looking wistfully to the seeming ‘stability’ of an older generation’s lives. Is the wheel of history about to turn again? 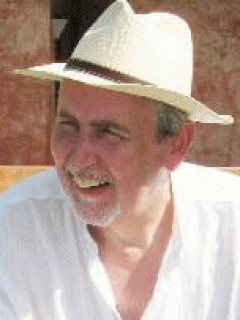 Vaughan has spent more than ten years as a qualitative researcher, concentrating on the development of new approaches and contexts to help clients see the world differently. He co-founded Voodoo in 2003.