Resist temptation to switch off

We've all been there. Conducting a depth interview, listening with sinking heart as the respondent launches into a long and involved story only tangentially related to the subject at hand.

It's not that we're not interested - of course we are. Listening to people is what qual is all about. But we've also two pages of discussion guide still to get through, and only 20 minutes left. So we keep nodding and smiling, silently planning how to steer the conversation onto the next item.

In her new book, 'Using Narrative in Social Research', Jane Elliott encourages researchers to pay attention to respondents' stories rather than suppressing or interrupting them. She argues persuasively that we can learn a great deal about those we interview by asking them to tell us stories about their lives, then analysing both the content and form of the resulting narrative.

The book is divided into three broad sections: the first establishes the defining elements of narrative and introduces the concept of applying narrative theory to social research; the second is a 'how-to' section on the implications of conducting and analysing narrative interviews; the third sets out recent methodological debates in social research, discussing how these have been informed by an interest in narrative.

The book is an enlightening and accessible read. Elliott writes clearly and concisely, peppering her text with interesting examples of research studies which have used a narrative approach - along with the odd bit of Hamlet. I emerged feeling convinced of the value of narrative interviews and reasonably well-informed about how to conduct one.

The downside was the degree to which I felt I could apply the new learning to my own research. Although I work mainly for public sector clients, there is a great deal of difference between my typical projects (often involving tight deadlines and specific objectives) and the academic and longitudinal studies to which the author generally refers. From what I have learnt, using narrative to greatest effect involves lengthy (and often repeat) interviews, very time-consuming analysis and a largely open-ended brief. I have not worked on many studies where a narrative methodology would have been appropriate, although there have certainly been a few occasions where Elliott's ideas could have helped me look at a brief in a new light.

In short, reading this book was not a eureka moment where I swore I'd never do research the same way again; but I did find it interesting in itself and would recommend it to social researchers as an excellent introduction to the use of narrative methods. 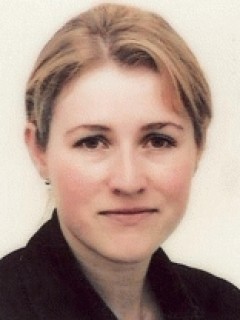