Who's awake in the dead of night?

How do insomniacs cope? Bob Smith knows only too well.

Insomnia is one of those nasty conditions that tend to leave sufferers at a loss on many fronts. As a relatively common problem, its impact on people's lives and general wellbeing can often be overlooked.

As with many things that have a psychological axis, insomnia is not a subject that people necessarily like to discuss; being a sufferer can mean living in a very internal and exclusive world. Our decision to enter a case study on this subject for the Prosper Riley-Smith effectiveness award was partly to show what it was like to be there for sufferers, and to encourage them to open up on the subject.

So how do you experience a world to which you are not party? Previous interviews and focus groups had revealed some of the issues and impact of the problem. It became clear, however, that relying on reportage of the bleary eyed events from the dead of night might not reveal the whole story. Add to this the degree of stigma that is often attached to the condition and the need for a more hands on approach becomes apparent.

An ethnographic methodology seemed the obvious way forward - what better way to understand the sleepless world than to actually observe and experience it first hand?

However, while spending the night sharing the bedroom with a complete stranger is acceptable in certain situations it didn't seem likely that industry ethics would support us here. Spending nights away from home in women's bedrooms also seemed unlikely to meet with a positive response from Mrs Bob.

What we needed was a neutral and non-judgemental observer to take our place and be the fly on the wall. Enter the infra-red night vision video camera - once the preserve of crack Special Forces expeditions and now part of the slightly less glamorous world of qualitative research.

The mainstay of the project was to record the experience of insomnia first hand, and then to use this as the basis for subsequent depth interviews. Following a careful recruitment process various subjects were chosen to account for a range of factors such as work commitments, long-suffering bed partners and children who can't postpone school assembly to allow mum an extra hour in bed.

We left 'night vision' cameras with four subjects for a period of four days each. We also gave respondents a list of the moments and issues that we wanted them to share with us. The four day period was specifically chosen to ensure that we managed to capture at least one bad night, but also allowed us to consider the cumulative effects of not sleeping properly.

After those four days came the real crunch moment of the project - watching the footage the subjects have recorded. For me this is the most interesting and important part of a project such as this. It allows us as researchers the time to look closely at the finer detail of body language, facial expressions and environment, which we are normally too busy to consider fully.

In this particular project the depth of the footage vindicated the choice of methodology. The camera was treated as an ally and a confidante - rather than a prying night time intruder.

As it turned out, the films were incredibly candid and captured a level of colour and emotion that previous interviews and discussions had only really alluded to. Given that the initial objective of the project was to help the Nytol team to know and understand the condition they were trying to address, these raw films alone were very powerful.

Particularly revealing were the diary entries recorded in the middle of the night. Seeing the frustration or resignation on the ghostly 'night vision' faces of the subjects really brought home the impact of insomnia, as well as capturing the loneliness of the dead of night. The fact that the film style had something of the 'Blair Witch Project' about it only added to the sense of urgency conveyed to the Nytol team. This is something that video is uniquely able to do, making it an increasingly important part of much of our work at Firefish.

Having painstakingly watched all the films, a 'tailor made' discussion guide is made for each of the subjects - questions directly referring to what has been seen on camera. These depth interviews are also filmed, and the final crucial part of the process is then handed over to the post-production wizardry of Firefilms.

One particular advantage of this methodology is the level of intimacy and complicity with the interviewee right from the outset. I've never watched a couple having a row with a camera running before and then been in a position to explore how the client's brand might relate to this.

From a researcher's point of view this was a fascinating and privileged experience. For the Nytol team this summed up what the project was all about - entering the world of the sleepless and just being there. 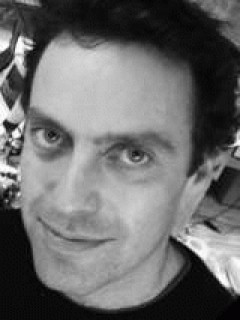 Bob joined in April 2000 soon after Firefish's birth having worked at 2cv prior to this. Bob has over 4 years experience of diverse qualitative experience behind him that has taken him from Croydon to Tokyo with a few viewing facilities dotted along the way. His initial career was in psychiatry (treating rather than being treated) which provides him with the skills required to uncover what people really mean when working for clients such as Radio 1, GlaxoSmithKline, Reebok and The Guardian. He also provides emergency cover during stressful times at Firefish HQ, and still finds time to DJ at painfully trendy clubs and parties. He is a qualified medical doctor you know.