Stories like Willy the Whale can make us stop, take stock and unite behind a single cause.

The tragic journey of Willy (or Wilhelmina), the intrepid whale, captured the imagination of audiences worldwide.

This was a story with remarkably compelling and emotive elements; the big friendly giant lost in our frenetic city and a rescue against the clock. We watched rapt as events unfolded live on Saturday afternoon. One ‘Willy enthusiast’ even created a website, (www.thelondonwhale.com) to commemorate the event and provide a shared space for others to upload their pictures, footage and thoughts. Another even put ‘Willy’s soul’ up for sale on Ebay.

In our iSociety, full of fragmented and increasingly personalised experiences, these ‘water cooler news’ stories have an all-important societal role to play. In 2004, economist Martin Brookes put forward an economic defence for public service broadcasting based around the notion that it generates ‘social capital’ (the collection of shared values which mould society and form the basis for trust). Other studies have shown how fundamental social capital is in modern societies, linking it to reduced crime and better health.

Without social capital, so the argument goes, we become a nation of isolated individuals lacking a shared frame of reference. In the context of public broadcasting, social capital is created when everyone in the office is talking about Eastenders or Celebrity Big Brother. This facilitates a common discourse which is vital as we turn to an increasingly specialised and personal viewing experience.

So what makes stories like Willy’s so effective at generating social capital? The power of this story lies in its simplicity, its lack of political agenda and perhaps because, in essence, it reflects a classic British tale; a valiant effort which predictably ends in failure.

For these reasons, when a story like Willy the whale comes along it has the power, albeit briefly, to unite us as a whole. In a world where consumers are personalising everything from their trainers to their television stations, the need for communal experiences becomes all the clearer. Water cooler news stories give us permission to talk to strangers, unite us behind a single cause and most importantly, generate ‘social capital’, the stuff which holds society together. 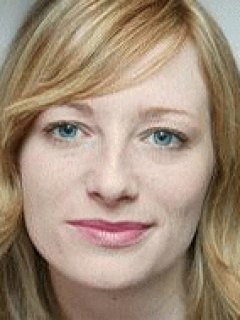 November 2005
Do respondents need to be happy?