Tips from the apprentice

The second UK series of the Apprentice has just ended and the seventh Big Brother is now under way. What can their popularity teach us about creating a productive climate in the workplace?

After a string of reality shows with the sole purpose of manufacturing celebrity, The Apprentice is a breath of fresh air. Its popularity lies in its realism — however staged the boardroom showdowns may be, contestants are competing for a real job.

Perhaps we look to such series for tips on how to forge business careers. Then again, maybe we’re just voyeurs: whether stand-up shouting matches around the BB sofa or humiliating dressing-downs around the board table, we all like a good argument.

We also compare our abilities with those of the contestants. After all, we could hardly do worse. “What’s 10% of 500?” pondered one BB contestant the other day, while on The Apprentice young entrepreneurs displayed similar levels of mathematical skills (a hundred chickens for a hundred pizzas?…).

So what do these programmes’ structures teach us about leadership? Sir Alan Sugar, as the puppet master in The Apprentice, is almost god-like, invisible most of the time yet omnipresent through his aides. He pursues a ‘divide and conquer’ strategy: setting contestants against each other and casting thunderbolts as and when he sees fit.

His apprentices revere him but how long does this last? They don’t hesitate to resort to desperate or even underhand tactics when Sir Alan isn’t around and they are, after all, ultimately seeking personal success. In an attempt to make their mark, rebellion seems inevitable — as BB residents have demonstrated. Yet The Apprentice represents an environment where contestants can, in the main, do exactly what they want. They’re confined, but can take on whichever roles they want, speak to the boss whenever they please. Sadly, their lives also lack structure, they’re riddled with insecurity and anxiety, and their boss rarely says anything constructive.

The Apprentice has taken Reality TV and given it an injection of realism, no doubt doing wonders to promote business aspirations. Sir Alan has so far avoided destruction within the ranks — but how many British workers would really flourish under his leadership style?

While BB contestants are just left to shout, scrap and sunbathe their way to ‘success’, the apprentices are condemned for not fitting the corporate mould. Too tight a rein, and employees feel stunted; too free a rein and they get lost. Perhaps Big Brother and Sir Alan need to talk? 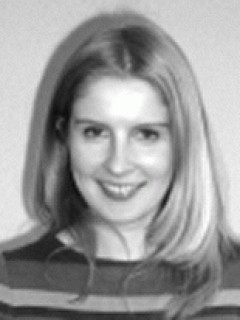 Charlotte Parkinson is an Associate Director at Ipsos-Insight Qualitative. Over the past 10 years, Charlotte has conducted research for many top UK and international companies. She has provided strategic and tactical guidance to leading retailers, telecoms companies and manufacturers of well-known brands.

July 2006
Tips from the apprentice

May 2005
Ethical Consumerism: Code or Craze?