Expanding the meaning of Qual

As researchers work on ever more varied issues, Alison Drury says, so our working practices need to evolve too

Qualitative research is proving its relevance and effectiveness in areas far removed from its traditional fmcg base — but this is impacting on researchers in a number of ways. We find ourselves working on issues that can’t be dealt with on the living room floor of the suburban recruiter. We need more ingenious means to tackle sample recruitment. Ultimately, having to adapt or devise new techniques can push the boundaries of what traditionally constitutes ‘qualitative research’.

We have always had responsibilities to those we interview or consult. Arguably, as we take qualitative research into new areas and talk to those never exposed to research before, it is also incumbent upon us to use our tools responsibly as well as creatively to uphold the value of what we do.

Public participation events need to be seen as more than just window dressing. Since they tend to be occasions that allow us to meet people as research ’first timers’, we should make them feel that it is a genuine iterative process with outcomes that assist genuine change.

An interest in all these trends and implications led to an email enquiry of ICG qualitative researchers whose case histories demonstrate the increasing diversity and influence of our craft. Added Insight’s Nanda Marchant, for instance, moved well beyond the comfort zone of the recruiter’s home recently when — to advise the OFT on possible legislative issues — she entered the murky world of door-to-door selling.She couldn’t, if she were to get at the trade’s underbelly, recruit certain door-to-door salesmen conventionally. Instead she relied on a snowball effect with one salesman recommending the next potential interviewee, thus allowing her to get at the real tricks of the trade.

At thinkvivid we have just organised a complete before and after makeover programme, product placement and conference for eight women. This meant, in addition to acting as conference organiser, tracking down a fitness trainer, personal coach and nutritionist. All worked in their respective roles while also acting as expert respondents. Output included qual and quant evaluation of the participants’ progress and the development of media case studies for a PR company and its health sector client.

In terms of imaginative sampling techniques, Vanessa Musson recalls a study that led her to gatecrash an online resource for international light aircraft pilots. She started a discussion there about a new prototype product her client was thinking of developing for this target.

“Their debate lasted for weeks with useful tips, advice and objections (to the product)…As a method it was unbelievably cheap, with no need for incentives,” says Musson. In this case she was able to state her role in the conversation as the project was sufficiently live to have gone public. It might have been a different matter had this not been so. Ethical issues might be raised if researchers go online to trigger conversations without admitting their role in the discussion.

Lateral use of qualitative techniques can provide fascinating opportunities. Tim Williams of TPR, working for a law department, helped simplify actual legal cases to use them in day-long discussions and role playing sessions. Lawyers were divided into complainants and defendants to test their hypothetical responses to such cases under proposed major legal reforms. Each separately moderated group of lawyers met the other for negotiations and then they all took their case to a role-playing session convened by a real life judge.

Each of these examples shows how resourceful and fearless we need to be in embracing new challenges in the client brief. Sometimes, using qualitative research in new contexts can achieve even more striking results. Orienteers’ Alison Gledhill has helped an aspiring author friend to a major publishing deal at the first attempt by placing the ’product’ with the target audience and running recall groups once they had had a chance to read it. As the target group was eight-year-old boys (notoriously difficult to motivate into reading), the sessions proved invaluable to the author as part of her creative development process.

On moving into new subject areas we get the chance to talk to people who have never taken part in conventional qualitative research. Public participation sessions, for instance, can take the form of a ’wake up’ call that galvanises organisations to great effect. Alternatively, such initiatives can demand fully structured programmes, interviewing a diversity of stakeholders. Research is being used in many areas, from helping to influence the design of new social housing to consulting on pre-school provision for those with special needs.

Thus qualitative research is looking under all sorts of stones in all sorts of unexplored places to help shape public policy. Sometimes there is a danger that public participation can be merely cosmetic. Sessions may be run to pay lip service to public participation rather than because those who participate are being genuinely empowered. On the other hand socially responsible qualitative researchers can extend the use of familiar techniques to ensure that people who do not usually have a voice are heard.

Overall there has never been a more stimulating time to be a qualitative researcher. Not knowing what is round the next corner is certainly exciting. Of course, it can be daunting too, to step out of our comfort zone — especially when faced with the next door-knocking duster salesman on our respondent list. 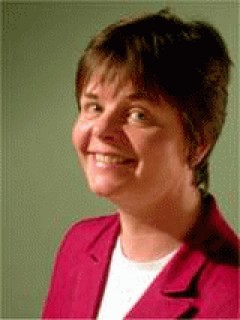 Alison Drury is a highly experienced qualitative researcher with a particular interest in social and public sector research and researching sensitive issues. However, her background as an advertising and communications planner means thinkvivid also provides strategic advice for brand, product and comms development. The company has a number of long standing commercial clients primarily in fmcg, food retailing and health and beauty.

May 2007
The difference a clip makes

July 2006
Expanding the meaning of Qual

November 2005
In search of the 'non participants'

May 2005
Ad expertise versus a youthful touch

Full Index for this author
6 articles by Alison Drury