A showroom by any other name

Some 25 years ago when people were buying cars, there wasn't much choice available and they almost certainly weren't worrying about the environmental impact their choice of vehicle would have.

How times have changed. Today, there is a vast array of manufacturers and models and more 'environmentally friendly' choices than ever before. Now, you can get LPG, Electric, Hydro-electric, bio-ethanol and carbon-neutral with more varieties set to follow. This is no bad thing and has upped the ante on manufacturers to make their future petrol and diesel engines ever more efficient.

But how has the actual car buying process changed? And what about the environments they are sold in? Car supermarkets, the Internet and personal imports have all taken a chunk out of sales at traditional dealerships while customers have increasingly gained the upper-hand when dealing with the dreaded salesman. Manufacturers have to provide ever more stylish, elaborate branded showroom environments to get potential customers to part with their hard-earned cash.

Some manufacturers' dealerships, primarily in response to the fierce competition in the market place, are starting to look less like car showrooms and instead more like fashion retailers. They have coffee bars serving cappuccinos and croissants, and offer massages and WiFi internet access for customers to enjoy while they are waiting for their cars to be serviced. It's a world away from grubby waiting areas with watery instant coffee and a selection of two-year-old women's weeklies to pass the time.

Certain smaller marques, with correspondingly smaller budgets, and franchise holders are beginning to look decidedly lacklustre and underwhelming in comparison. So what impact does this have on customers and where they buy their car from and, more importantly, what car they buy? Will these differences convince them to choose one brand over another?

When speaking to respondents engaged actively in the purchasing process, the majority talk about price and the deal they will get as being the most important factors in their choice, and the physical elements of the dealerships mattering little. Elsewhere though, particularly among more premium marques, where the quality and pricing of the cars are almost indistinguishable from one another, the little extras play an important but subtle role.

There is an ever-greater need to ensure that showrooms are suitably branded environments, reflecting the personality of the cars displayed inside. Manufacturers whose dealership networks are not up to scratch are suffering the consequences

They may not explicitly say so, but all the glass, comfy chairs, good cups of coffee and other brand cues are playing a role in convincing potential customers to pay that little bit extra for a premium, branded purchasing experience. And this is leaving the competition with a lot of work - and expense - ahead. 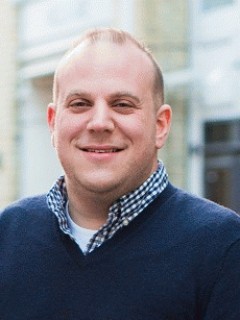 Howard is an experienced and passionate consumer insight specialist with strong qualitative research and strategic skills. He runs See, a small, innovative research consultancy, which works both in the UK and internationally, across a wide range of sectors and categories.

December 2014
Stand up for qual research

January 2012
Tail that wags the dog

September 2006
A showroom by any other name