Atlanta, unofficial capital of the Deep South, was the venue for this year's QRCA conference, and a handful of lucky AQR members were treated to some fine Southern hospitality courtesy of our QRCA hosts. Speakers and panel members from a variety of nations as diverse as Australia and South Africa lent a truly international feel to the conference, appropriately entitled OWelcome to the World of Qualitative Research'.

The conference followed the popular QRCA format of extended workshops and discussion groups, though the new introduction of plenary sessions for 2006 was very well received. These also gave AQR members the opportunity to address the conference as a whole and challenge some of the myths which still attach themselves to qualitative research around the world with some incisive arguments:

Alongside the questioning and challenging of established ways of doing things, there was still time for the tried-and-tested (and always valuable) QRCA approach of digging around in the qualitative researcher's toolbox and sharing insights from in front of the mirror.

These sessions included an enlightening tour around some touchy-feely projective techniques from Sharon Livingston; some insights into the power of storytelling from Tom Neveril; and a spot-on users' guide to the specific types of problem respondent from Bob Kahle.

Bob's Top 10 troublemaker typologies rang refreshingly true regardless of cultural background, though a few eyebrows were raised as we were warned that Dominators you know, the ones who sit directly opposite the moderator and hog the discussion should be treated with some degree of caution in the US, as they may well be carrying guns.

With the understanding that disarmed respondents are safer than armed ones, Pat and Nicole Sabena treated us to a powerful battery of projective techniques and communication tactics for breaking through the legendary reserve and cynicism of doctors. This, and other sessions, gave some interesting and useful tips for opening up ways of dealing with all kinds of difficult left-brained respondents.

Anne Mulham also took the brave step of using the qualitative researcher's toolbox to help fix our own creaky bits, delivering an impressive, no-nonsense guide on how to forge deeper, longer lasting relationships with clients. In all, a warm welcome from our American colleagues, an appealingly cross-cultural focus, and a great opportunity taken by AQR representatives to forge closer links with the QRCA. 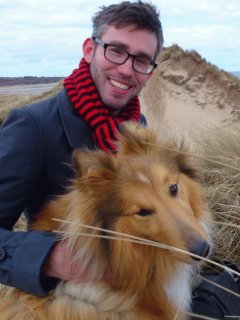