Life on the edge

It’s frenetic, difficult to explain at parties – but the life of a qualitative researcher is never dull. Here, Chloe Fowler explains why she feels it’s one of the best jobs and offers a few tips for those considering it as a career option

Try saying ‘market research’ and watching eyes glaze over. It just doesn’t sound like the most glamorous career in the world. But still going nine years later, I do believe it’s one of the best jobs to have.

I concluded my degree at Bristol by spending the entire final term applying to ad agencies to be a planner. After two ‘very nearlys’ I took the advice I was given that a few years in a market research agency would get me more useful experience to then take into a planning role. Very good advice…and I obviously never made it back to planning.

I’m not just saying this because they asked me to, but I got hold of the AQR directory and wrote to about 50 qual agencies directly (the ones in funky bits of London, the ones with great clients, the ones with ‘silly’ names or logos).

I took a chance with my covering letter and made it as personal as possible. There is nothing more dull than a dull covering letter. Lots of the smaller agencies won’t advertise specific job vacancies but take people as and when they find them. I asked these agencies for advice on how to get a job and their perspective on the industry. I got lots of responses and went to meet loads of people.

I was offered a job at Leapfrog Research and Planning in Windsor on my 21st birthday. There were about 20 people and 12 researchers there, which meant I got stuck in really quickly and was trusted with clients sooner than I might have elsewhere. If I’d wanted a gentle environment with a rigorous ‘training’ programme that wouldn’t have suited. I found it exhilarating, challenging and terrifying. They sent me flowers after my first two groups. Amazing.

The only downside for me was Windsor so after two and a half years I left and joined Firefish in Hoxton (double points for name and funky location). This was a much smaller company with only five researchers but some brilliant brands to work on. It was also a good way to learn about what Hoxton cool is and, along the way, that I am not it.

Next, I was off to The Research Business International. Huge, my department alone had 20 quallies and about 50 in the UK. The environment was hugely stimulating because of the work but also the people. The structure was much more hierarchical, with success being rewarded with promotion and recognition from senior management. Having learnt the basic skills elsewhere this allowed me to hone them the TRBi way and get as good as I should be.

I left for a brief stint in a marketing consultancy but rejoined when TRBi became Synovate a few years ago. I was promoted recently, making my personal goal of research director before I turn 30! Sadly there were no flowers. I’m also in charge of our graduate intake this year. We have taken on seven and they have a year of rotating through different units to learn all the different skills (such as qual and quant), plus some formal training weeks.

I love the job for a load of reasons. I love the client contact. It’s the kind of job where you do genuinely develop business relationships with clients where their honesty and yours pave the way for uncovering useful insights. I’ve worked on some fabulous projects for some great clients: understanding why young people don’t like ‘the news’ for the BBC, what impact Make Poverty History had on the UK, how many fajitas can a fajita-eater eat for Old El Paso. I love distilling a bunch of analysis from a host of groups to come up with a few genuinely insightful insights. I love the breakfast on Virgin trains coming back from Manchester after yet more groups.

It’s a job of massive variety and constant challenge and change. It is not an office job in the strict sense of the world. If you’re scared of trains, planes and room service and can’t find your way out a paper bag, qual won’t be for you. If talking to a roomful of strangers about bread, or coffee, or politics strikes you as horrific and terrifying, again, not for you. If you’re curious, passionate, honest, confident and ambitious — join us.

Word to the wise

If you’re thinking about becoming a quallie I have a few words of advice:

Since this article was written I've jumped ship and started my own qual agency (Razor Research) with my ex-boss...it's taken 10 years but I hope I've now found the qualitative agency I'll stick at for a while! 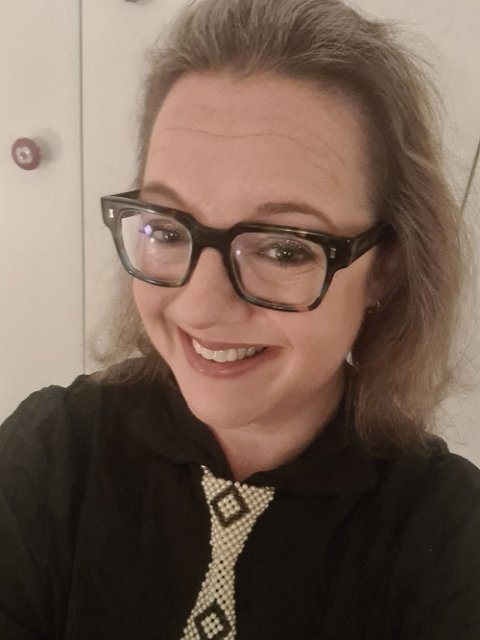 Chloë has been a qualitative researcher since 1998. She started as a graduate at Leapfrog Research & Planning and has also worked at Firefish and TRBi (now Synovate). She co-founded Razor Research in 2007. She founded The Nest Research in 2020.