Many firms claim to be environmentally and socially responsible, but ethical attitudes don’t automatically translate into ethical behaviour. By Nitasha Kapoor and Bridget Lowry

As the mainstream becomes more aware of — and interested in — the social issues affecting all parts of the world there is increasing pressure on the private sector to take responsibility for the environmental, social and ethical impact of its decisions. But more than this, there is minute scrutiny of corporate behaviour: it’s not just what they do but the way that they do it.

There are those brands that have ‘built in’ ethics as part of their brand strategy, e.g. The Body Shop and The Co-Operative Group. But there are a far greater number that don’t for whom corporate social responsibility (CSR) has been a secondary effort to defend the effects of their business decisions and completely discreet from the design of the brand. The efforts of these companies, despite considerable amounts of funding, punch well below their weight and are easily written off as tokenism.

But this picture is changing.

The difference between saying and doing: from blame culture to responsibility?

There is a distinction between what people say they care about and what they actually do. In general, when people talk about social issues they hold two sets of attitudes which, in turn, affect their behaviour.

The first set of attitudes relates to things people are concerned about but don’t believe they can personally influence. They include big macro-issues like climate change, population explosion, obesity, etc. This is where many well-reasoned arguments, facts and counter-facts reside.

These issues tend to generate strong emotional reactions, from righteous indignation and blame culture to a sense of despair, emotions often bolstered by the media. These reactions occur naturally when people have no influence, control or responsibility over a topic. This is people’s Circle of Concern.

The second set of attitudes relates to issues that people can personally influence. They are about issues that are closer to home or more personal — my house, my street, my car, my family, etc. It includes things that people can change by altering their own behaviour or by influencing the attitudes and behaviours of others, e.g., litter, graffiti, pollution, traffic, violence, kids’ education, etc. This is people’s Circle of Influence and actually pertains to behaviour.

For most, these ‘Circles’ rarely overlap. People don’t imagine that, as individuals, they can make a difference to the bigger issues that they would like to see addressed — they complain about either too much information or not enough and, instead of acting, they tend to attribute blame and shift responsibility for these macro-issues to relevant companies and governments.

That being the case, the response from the private and public sectors has traditionally been to offer more information to try and educate people about the social issue in order for them to come to their own conclusions. We know, though, that these types of rational sounding messages don’t cause action. The resulting effect is a consumer no closer to feeling like they can take control of a situation and ultimately creating more cause for concern.

But some brands are saying and doing more.

For example, Marks & Spencer’s ‘Look behind the Label’ campaign invites consumers to see how M&S products are sourced and made. The issues it has focused on are, among others; the use of fair trade products in coffee, tea and cotton, non-GM food, sustainable fish stocks, salt reduction, removal of all hydrogenated fat from its food, recycling, animal welfare, free range eggs, natural cleaning products and clothing durability and non environmentally harming clothing dyes…no stone left unturned.

BP is another prime example of a brand bringing a social issue, in this case the environment, to the forefront of its advertising activity. While the term ‘carbon footprint’ was a well known concept to environmentalists, it wasn’t until BP used it in its advertising that the mainstream public heard about the idea and understood that they too could take steps to make change happen.

The advent of the Fairtrade organisation (over 220 companies are entitled to apply the Fairtrade Mark to their products) and its widespread distribution is a good example of how this manifests itself ‘on the shelf’.

What is changing is the accessibility of making an ‘issues based’ purchase decision — the dynamic between saying and doing is finally shifting.

What this means for research

As social issues become more integrated into brand design, so must the corresponding research, too. What once was the realm of social research agencies is not necessarily the case today, with the private sector taking on social issues as part of its brand efforts.

Social issues research in the private sector has the same goal as any other kind of research there — it must interpret the findings from everyday people in a way that is sympathetic to the business cause.

Firstly research — and brand owners — must be more accepting of the broader cultural and social issues that have an impact on their brands, appreciating that the associations that people attribute to brands often extend beyond what is documented in well thought through brand essences or values charts.

And secondly, research often reveals why people resist acting on an issue although this often leads to overly rational strategies and communications. There are countless cases of brands developing information style campaigns that have no business affect at all.

The key from a research perspective lies in accepting that these ‘rational’ sounding messages don’t provide people with a sense of shared responsibility for the issue and, therefore, have limited potential to change saying to doing. We need to move our thinking on to explore tools and techniques that will allow us to influence not just what a brand should or does say, but the way in which it says it — tone of voice, language palette, imagery used, the medium in which it is communicated and of course, understanding the context within which the message will be received. 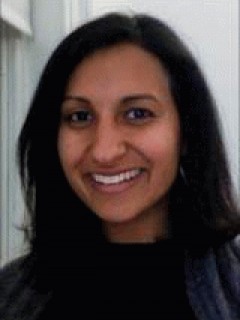 Nitasha Kapoor is a senior researcher of Acacia Avenue, a London-based research and strategy consultancy. Nitasha started her research career in Toronto as part of the start up team for Youthography, a youth based market research consultancy, where she pioneered online based methodologies. Since joining Acacia Avenue in 2003, her work has taken her to Japan, Eastern Europe, China and the US.

January 2008
Fears below the surface