Do people really care about what marketers have to say about brands – or are they just interested in how they say it? Stuart Smith investigates where this leaves the researcher caught in the middle

Researchers are wasting their time.

Marketers and their communications agencies spend months and months — and then some more months — trapped in a continuum of struggle to work out their communication ‘strategy’. Researchers are commissioned to help develop, craft and test those strategies. But it’s usually a waste of time. Because strategy is overrated.

That is to say, that the traditional definition of a communication strategy ain’t what it used to be. Smart and successful brands are now getting it; it’s not ‘what you say’, it’s ‘how you say it’.

Power of a brand’s voice

Nike understood this 25 years ago. It didn’t discover the power of advertising; it discovered the power of its own voice. More recently, brands like Honda and Innocent have accrued the spoils from this realisation.

There are exceptions, of course. If you’ve got a powder that washes whiter than white, while transforming your home into an alpine forest, then that may well be persuasive. But most clients and agencies massively overstate the power of the ‘message’ to persuade… be that a rational or emotional ‘benefit’, or (cue genuflection) a much-prized ‘consumer insight’.

Take the most effective communications in recent years. The last two Grand Prix winners at the IPA Effectiveness Awards were O2 and M&S. Both triumphs of how they said it. Though some will post-rationalise it otherwise. But come on guys. Be honest.

Strategy types go away into dark and dusty rooms (shhh… the planner’s thinking) and emerge days later shouting “eureka” before laminating the brief, enshrining its proposition forever. Then all they have to do is slip it under a creative person’s door and wait for the magic beans to grow a beanstalk to brand gold. Only, not really. It’s the way you tell ‘em that counts.

But somehow that sounds too facile. We’ve been raised in a land where message is king. It’s tangible, controllable and (critically for researchers) testable. What’s the key message? Who cares? Not real people, that’s for sure. The other day, I heard someone saying: “I love that Honda Cog advert, with all those car parts knocking into each other. What an outstanding reliability message that was.”

Don’t worry about that… I made it up. Though it leads to another reason why we should be less ‘what’ obsessed from now on.

Consumers don’t particularly want messages from brands, and increasingly they have the power to edit out or fast-forward through them. It can’t be about ‘opportunities to see’ something anymore (ooh — you’re giving me an opportunity to see your message, thank you so much. What’s that you say? Four opportunities to see it? I must be the luckiest person alive).

No. It can only be the other way round — getting people to come to you. An invitation to see, perhaps. It will only be seen if it’s, in some sense, sufficiently engaging to be sought out. Basically — the ’how you say it’.

Sure, there’s a role for ‘what you say’ (you have to say something relevant, right?). It’s just that it’s much less important than most people think it is, so should therefore be much easier to get to. The ‘how you say it’ (well) bit is much harder. And much more important in the first place.

This presents four challenges for research.

Firstly, can research be used to support this hypothesis? Or at least assess the degree to which it might be valid?

Yes it can (phew). Although it’s quantitative, I applaud the work done by the likes of Robert Heath, Duckfoot and others, that in different ways serve to undermine the old assumptions of how communications work. But sadly, most brand folk just don’t get it yet. Is there a qualitative voice out there to join this burgeoning chorus of disapproval?

What’s a poor quallie to do?

This leads to the second challenge. Should qualitative researchers bother to care? Or choose not to listen, even? Is it only right and proper that researchers do what they’re briefed to do? If a research commissioner wants to know what their brand’s message should be, isn’t that their prerogative? If a researcher accepts the ‘strategy is overrated’ theory (I appreciate that it’s a big ‘if’), then is it incumbent upon them to challenge the brief? Should they say, “don’t waste your cash deciding between ‘mintiest’ or freshest”’? Or is that just commercially suicidal flapdoodle?

The third challenge is how to research the ‘how’. Research is just peachy at helping develop and assess the ‘what’ bit… positioning statements, propositions, main message takeout and such. But, in my experience, research has concerned itself less with the more visceral, subtle and nuanced world of brand voice, engagement, emotional response, implicit associations and the creative execution of ideas. I’m not blaming research, it just hasn’t been asked to work as hard in those areas. But my contention is that it’ll increasingly need to do so.

This raises a problem. If you’re researching the ‘how’, then there’s not much point in doing that before it’s in the form it’s finally going to be said. There are no halfway houses, really. A few words describing the brand’s voice, at the centre of a brand onion, isn’t going to cut it. Nor will mood boards or reels. To research ‘how’, which lives or dies by the emotional response it elicits, you need something ‘emotionally finished’ (to borrow Robert Heath’s expression). But if it’s finished, then isn’t it too late to research it?

How to engage consumers

Maybe researching the ‘how’ is more about helping inspire it, rather than evaluate it. Good communications still need good consumer understanding, which in turn needs good research. Brands need to find new relevant ways of engaging their consumers. This is the fourth challenge. How can research help inform new ways of speaking to consumers? Not how can research inspire what to say, but how can it inspire how to say it?

The tone of this piece is self-consciously strident. Clearly, not all researchers are wasting all their time, and not all strategy is overrated. I’m just talking about communications research which is working off a traditional definition of strategy (which is most of it). Strategy is everywhere. Everything is strategic… brand fit, tone, mood, language, colours, fonts, sound, music, casting, layout, design, typography, material texture, size, the media, the context, the level of quality and, oh yes, also the message.

The point is that everything communicates. It’s impossible for something not to communicate. If something communicates something, then it needs to be strategically considered. I’m just questioning why communicators and researchers deify the ‘message’ above all those other elements, in an age when consumers are inexorably converting to message-atheism. 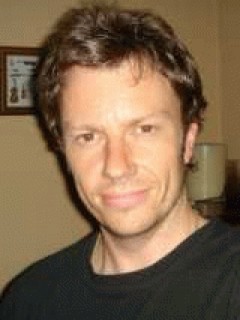 Stuart has worked as a planner in the advertising industry since 1994. That time has seen him at Y&R, DMB&B, Leo Burnett and now Wieden and Kennedy where he is Head of Planning.