In February, supermarkets were once again in the news as the Competition Commission delivered its long-awaited report into supermarket power. A lot of the commentary was along the lines of ‘they got away with it’ and, as if by way of reinforcement, the City reacted by marking up their shares.

It’s now pretty much axiomatic that the big, powerful supermarkets are seen as a bad thing, stifling local competition and putting intolerable pressure on suppliers. It’s become one of the clichés de nos jours and it’s tacitly understood by ‘right thinking people’ that the supermarkets are a negative force in the country and ‘something should be done about it’. (Whether those same people are all walking their talk — literally — by trudging from local butcher to greengrocer to alternative health food store isn’t entirely clear.)

But hang on a minute, is it quite as simple as that? Less noticeable, but still there to be seen, was an article on the BBC website not long ago, in which residents — and whisper it, even independent shopkeepers — of the Gypsy Hill district in South East London were heralding the arrival of a new Sainsbury’s supermarket as being the salvation of their community.

A one off surely? A weird local aberration driven by unique circumstances? Well, in fact no. It’s a theme that we’ve had played back to us many times by ordinary members of the public over the last few years and especially so among people who live outside of the dominant major cities.

Their take on high street brand names is far more likely to be that any investment by a well-established company in their neighbourhood is a massive vote of confidence in their community. And before we start despairing of their so-called short-sighted attitudes, the stark truth is that they are only reflecting a fundamentally human need — the search for identity and self-esteem.

A major public brand endorsing their patch with a new store is a major validation, and no amount of sophisticated macro-economic arguments is going to overturn that. 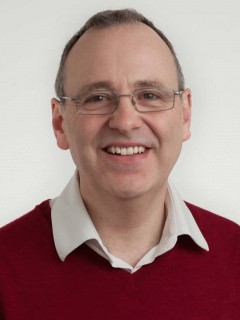 After a 20 year career in bookselling, culminating as Marketing Director of Waterstones, I switched to agency life in 2000. In 2002, I helped to co-found Acacia Avenue, and specialise here in brand strategy and how brands express themselves in writing.

September 2013
What's the story about stories?