Researchers are 'in the house'

Pakistan is a fast developing media market. It's not only experiencing rapid growth in FM radio, cable news channels and a strong free press, but is also a key strategic market for such international broadcasters as VOA and the BBC due to its role in the 'War on Terror'.

Yet what's critical for future success is a better understanding of what motivates and interests audiences within this new competitive environment.

My client wanted to gain additional insight, even though surveys and focus groups have regularly been used in the past, through ethnographic and observational techniques.

The brief was to investigate the media habits of ordinary Pakistanis, across all social classes, urban and rural, male and female. It covered Karachi, cosmopolitan but fraught with different factions in the South to the Pathan-dominated conservative Peshawar in the North. What, it asked, influenced the personal lives of its current, lapsed and potential audience and its media use?

Some elements were fairly straightforward. Media diaries had to be completed by respondents over a week followed by in depth interviews, if possible on video. The tricky element was the observation.

The presence of male strangers within the family home is, as in many traditional Muslim households, rarely possible. In Pakistan a male researcher would be fairly free to roam and spend time with male respondents - but not at their home.

Conversely, while a female researcher would have access to respondents of both sexes in the home she wouldn't be able to accompany male respondents out in public. Given that we wished to accompany them for at least a day we needed 24-hour access, at home and elsewhere.

Our solution, while imperfect, helped unlock the domestic door. Past experience encouraged us to suggest using respondents' close friends or relatives, training them up and working closely with them. This was never going to be ideal for many reasons; not least because, since they weren't qualitative researchers, they would miss the obvious and would cease to 'observe' and do too much participating.

All parties agreed, however, that despite its flaws this solution looked the most workable. There were, of course, problems. Even friends found full access hard to achieve. Video usage was rarely allowed when women were around and much of the male footage was a little staged. To quote from the field report:

"An interesting incident occurred at the residence of one female respondent's home in Gujranwala, as the mood became a bit belligerent. The male head of the house was surprised to see our team at his place and Batool interviewing his sister, with a video recorder.

Even though a female was conducting the interview, he got angry with his wife and kept interrupting the interview on some small pretext or another. We answered all his queries and gave our business card to cool him down. He still wanted us to leave as soon as possible."

There were also more general fieldwork interruptions. "Our team got news of a countrywide strike announced for the next day, concerning the Danish Cartoons Controversy. We encountered dangerous conditions: protesters' road blocks, stone throwing, firing, looting, violence, unavailability of transport and even killings. A teargas shell even hit outside our hotel lobby and everybody ran to the roof to find a safe place. We only managed to leave the hotel after 3.30pm that day, so could not finish all the interviews."

"While returning to Peshawar, police seized the car we'd hired, claiming it was stolen. Our Pathan driver, an old guy in his 50s with a white flowing beard, insisted that it wasn't stolen. The police inspector, following our request for consideration and payment of a bribe, cleared the car and we started off again."

The observers notes were often too literal and lacked any degree of insight and much of the fieldwork had to be redone, and the original single day of observation (with budget in mind) had to be extended. It also required frequent field visits by me over a three-month period to ensure that the project was on track.

Crunching the data was a massive task and took much longer than expected due to issues around clustering media users and the sheer volume of video and stills footage.

In the end, though, the effort was well worth it. We came up with a video presentation using observation and interview material taking the audience into the homes and lives of ordinary Pakistanis. We watched where they eat, pray, shop, relax and how they use TV, radio, mobile phones at home, work, on the move.

The value to the client was in seeing first hand what motivated its current audiences, what inspired its potential audience and in what direction its lapsed audience was going.

We wouldn't pretend that this was in the same league as some of the observational research carried out in the UK, involving many days in the same home. It would be interesting, though, to see if similar social constraints exist within the Pakistani community here. Cutting our cloth according to cultural and financial constraints did, however, enable us to deliver insight previously unachievable through more traditional research methods. 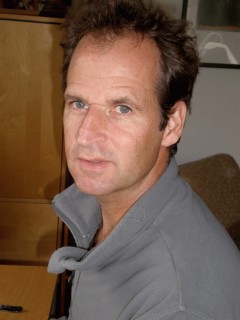 Hugh has over 20 years qualitative research experience. His work has focused on international media and development (South Asia, Eastern Europe, Africa), alongside visitor experience research and evaluation of formal and informal learning for adults and children at museums, galleries, events and universities. Hugh has worked for Oxfam, BBC and Plus Four Market Research before setting up his own consultancy in 2002.

September 2007
Researchers are 'in the house'