It was with huge sadness that I learned that Mary Taylor, managing director of Viewpoint Field and Studios, died earlier this month.

I knew, of course, that she was taking time off work while she fought against cancer. However, as was typical of Mary, she chose not to reveal the full extent of her illness to spare the feelings of those who knew and loved her.

I joined Viewpoint in 1994 and it’s testimony to Mary’s qualities as a manager that it was nearly eight years before I decided it was time to move on.

Mary had a knack for bringing out the best in her staff. For her, experience wasn’t key — it was whether she thought that she could work with them that was important. As long as there was that initial spark she knew that she could train and mould new team members into excellent field staff.

Her talent as a mentor to her staff can best be demonstrated by noting that in the eight years I worked at Viewpoint — and beyond — barely a single staff member joined Viewpoint from another field agency. Yet those graduates of The Taylor School of Field now run some of the major independent field agencies or indeed their own companies.

Furthermore, under Mary’s guidance Viewpoint positively exploded in terms of growth and development. When I joined there were four of us taking up a corner of the Hauck Research Offices and one studio.

When I left, Viewpoint occupied its own offices, there were two Qual teams, a quant team, a telephone unit, a dedicated IQCS and MRQSA support team, two studios and plans for a third. In just eight years.

For me, I’ll always be grateful that she took pity on a young lad in a horrible old suit and, in spite of the misgivings of her seniors, decided to give him a chance. I say this not just because that set me out on the career path I’ve been following this past 13 years but because I was able to enjoy the enduring friendship of a very special person and I wouldn’t have missed that for the world.

Mary passed away on Monday 17 September 2007 and was buried near her home in Teddington on Friday 28 September. By request floral tributes were limited to family members only but for those who wished to mark her passing it was suggested that donations should be made to The Princess Alice Hospice in Esher. 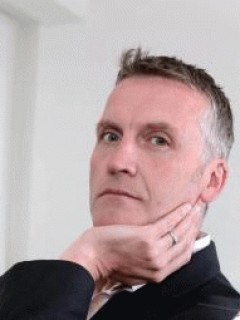