To observe - or not

The Prosper Riley-Smith Effectiveness Awards were designed to show how qualitative research could impact on business. They’ve succeeded, says Dan O’Donoghue, so where do they go from here?

This year’s Prosper Riley-Smith Effectiveness Award winner emerged from the prawn sandwich-filled boardroom after a narrowly fought victory over some extremely worthy contenders. ’Mind the Gap’, an attempt to convince London Underground management to act on its analysis of why customer satisfaction and Brand Tracker scores didn’t marry, was in many ways a milestone piece of work in the short history of the ‘Prospers’.

The paper from Acacia Avenue’s Caroline Hayter Whitehill and Nitasha Kapoor, together with Ian Pring of London Underground, weaved accompanied, filmed journeys, photo diaries, phone interviews, and video intercepts before introducing thinking based on the ‘Iceberg of Psychological Resistance’. The only phrase in the paper I didn’t like was the use of the term ‘Bricolage’. That’s because every time I hear that term I think ‘French MFI’ — but that’s my problem.

When Luigi Toiati won the first Prosper way back in 2003 the award was a bit of a novelty, presented to him at the AQR Trends Day. The technique was based on Taoist philosophy used to affect designer decisions on fabric and clothes. In 2004 Bryan Urbick of CKC and Sarah McDonald and Carolina Polo of Kellogg’s won with a story completion approach to researching kids’ emotional response to Fruit Loops and why sales were declining. So far, so focused.

Then, in 2005, along came Dr. Bob Cooke and the Firefish people with their seminal ‘night vision‘ cameras for Nytol. This was the turning point qualitative had been waiting for: the mix of medium and message. It was nobler in the mind than previous debriefs and totally unforgettable. In years to come, when Firefish is as big as Nielsen, we’ll look back at this moment as the point when the Focus went out of Qualitative and was replaced by Observation.

This is good news for the qualitative research industry and many new observation techniques have featured in the entries in subsequent years. It is a bit like the start of Mass-Observation in the 1930s, when the upper classes travelled on Omnibi around Clapham noting that the working class talked to each other without being formally introduced.

The reason we have to do it is a bit the opposite. Our class system seems to have disappeared (the upper classes can only be found in North Norfolk, the Grampians, Cornwall and Fitzrussia) and we’ve become a bunch of stressed out individuals seeking a convenient herd to be part of.

The other issue that Nytol addressed so dramatically was the presentation of data. Gone are the days of the ‘debrief’ with its overtones of amateurism and in comes professional film making as an adjunct to a serious attempt to influence outcomes. The Prosper awards came of age.

Last year saw Acacia Avenue’s Caroline Hayter Whitehill and Chloe Salmon, plus BP’s Rene de Coning tie with Liz Owen of Opinion Leader. Liz had managed to persuade Whitehall mandarins not to be frightened of voters in framing some legislation about the NHS, while Acacia and BP went ‘iterative’ over green issues. Both papers were great examples of what Professor Patricia Shaw, associate director of the Complexity and Management Centre at the Business School of the University of Hertfordshire, spoke about way back at the 2003 Trends Day, namely ’intensive processes of joint enquiry’.

By the way whatever happened to the professor? She predicted all this stuff would happen and that George Dubya’s ‘Watch Out’ strategy would be found severely wanting. She was an early proponent of discovering insight from the nature of the enquiry and the fact that it was a joint exercise rather than a ‘project’ (memo to self: find her latest book and nick all ideas contained therein).

Fast-forward to this year’s ‘Prospers (memo to AQR committee: commission some small golden statues in a vague way modelled on Prosper’s comic stance, increase the number of awards to at least three, and have the awards ceremony at the MRS conference with proper time for mawkish acceptance speeches that can include references to one’s mother, a grovelling of significant proportion to the client for allowing the entry, the recruiters and, most importantly, the head of fieldwork. The AQR could completely reignite the Brighton party scene).

This year’s papers were well and truly in the modernist ‘observation camp’. Trish Stuart-Parker and Kate McEnery-Evans from Discovery used ‘Life Books’ to persuade NatMags’ creative team to revamp Reveal magazine. Warren Lister and An Nguyen of Rosenblatt used blogs and a variety of projective techniques in various pubs to create ‘Good, Bad and Ugly’ boards to help Mitchells and Butler Castle segment their outlets while Jem Fawcus, Daniel Rose and Francesca Alberry of Firefish used Blogs, too, and filmed depths to help BT with out-of-home broadband.

Liz Owen of Opinion Leader was snapping at the heels of Acacia Avenue, but failed to pull off her feat of 2006 with her paper on developing a consumer consensus about measures devised by Ofcom to strengthen the rules about advertising HFSS (High fat, salt and sugar) foods.

The winner was interesting in many ways. Well written and convincing, it showed that psychology in research has resurfaced at the same time as observation.

The observant among you (or indeed the sad people who constantly watch the AQR website) will know that Caroline Hayter Whitehill wrote a piece about ‘New Thinking Myths’ in 2004, pointing out that all these techniques have been around for a long time and weren’t new at all. She also stressed the importance of creating a common language rather than ‘having findings’. Well, this girl does what she says on the tin. Well done. So where are the Prospers in 2007?

The same names are starting to crop up in the finalists and the original aim of the trophy, to encourage demonstration of effect on business, is clearly something the growing numbers of entrants deliver day-to-day. Most adhere to the requested format, the judging is professional and well organised and the presentation is a black tie event. Prosper would be well chuffed.

The only problem is there is still only one award and it feels to me that this isn’t enough to reflect what needs to be done to re-energise the industry and demonstrate the ‘width’ of talent available to clients. I know qualitative researchers are mainly ‘inner-directed’ historically, but these days youngsters want to strut their stuff-to be observed. What about ‘Best use of technology’,’ Most unusual insight’ or even ‘Best client assist’? You know it makes sense. 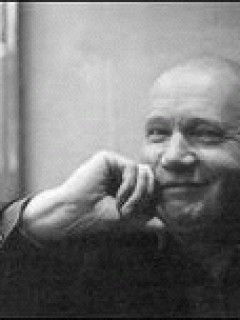