The new director of the Imperial War Museum is a bubbly blonde and the sweeping new head of the Museums and Galleries Commission is an admiral in the navy. Museums are changing.

Unlike their predecessors, these two and everybody else in the sector, will be required to demonstrate that they have consulted their audiences and listened to their views, if they want to get funding for their next project. And if it's Heritage Lottery money they're after, then they'll have to show there is a real visitor benefit at the end of the road. This is a huge step forward.

So step up qualitative research. Focus groups, accompanied visits, brainstorming sessions, observations are now the tools of choice. What do they contribute?

The visitor experience is built up from the environment and resources in the museum. What does it all add up to? Should more space go to the café or the Imax? Should the air be filled with noisy interactives or is contemplative leather seating more the thing?

When the Horniman Museum in South East London took the decision to modernise its Natural History Gallery, faces were white. The Gallery, home to a giant stuffed walrus and beloved of generations of visitors, looked as though it hadn't been touched since 1901 when the Museum opened. What could they change and what couldn't they without offending people? Could they get rid of the old mahogany cases, could they still get away with the stuffed animals?

Focus groups were unexpectedly reassuring. It seemed that as long as the design cherished the cathedral-like architecture of the Gallery, the mahogany cases (actually early 1950s) would not be missed. As for the taxidermy, generations of Forest Hill children had grown up nose to nose with the lemur, the spider crab and the walrus, and they begged that the animals should stay. So they stayed and were used to tell the story of evolution in a much clearer way, just as visitors had asked for. This was a delicate line to tread and research allowed the Museum to take a sure path, in fact a braver path than they might otherwise have taken.

Perhaps though the more satisfying use of qualitative, lies in searching out the stories behind the objects and the collections. These often lie frozen. Curators are trained to be objective and precise but it is the stories which give the meaning to the objects and that's what appeals to visitors.

I wonder if any of you has ever found your way to the Florence Nightingale Museum, tucked into a forgotten corner of St. Thomas's Hospital?

The great woman was a force to be reckoned with and terrorised a number of influential Victorian politicians, long after the Crimean War was over, pausing only to invent the pie chart along the way. The Museum itself boasts Florence's early diaries, room sets of the hospital at Scutari as well as the uniforms of the early Nightingale nurses. But to be honest, it is all a bit dry.

Focus groups found people utterly committed to the myth of Florence Nightingale but they were desperate to know more about her emotional life. What made her as she was? Why did she never marry? Was it true she had had a romance with a married man? And what (imagine!) turned her into a hypochondriac in her middle years?

The personal stories give the objects much greater depth. What's more, there is a bang up-to-date story which impassions people too. Are hospitals today better or worse than they were in Florence's day? To take up this story is to keep alive the nerve of Nightingale's mission and the Museum has the public's permission to break with tradition and debate the issue.

Research with visitors then, reveals what they care about in the subject matter and the kind of gallery experience they would enjoy. And modern curators and interpreters are glad to have this as a working base. Collections don't change much and buildings don't change much either. The way to keep collections fresh and relevant is to use them to express new ideas, tumbled into prominence by the age we live in, and pinpointed by their audiences. 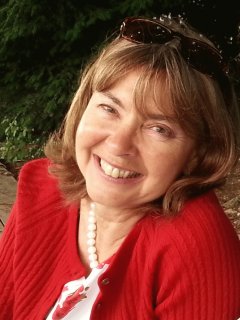 Susie is one of the original Schlackman cohort which also includes Roddy Glen and Wendy Gordon. She founded The Susie Fisher Group in 1983. Beginning with qualitative research for Advertising and Marketing, the company graduated to research-based consultancy for Museums and Galleries, Arts and Education. This has led to the invention of research techniques, now widely used in the sector. The company works on the basis of an informal network of professionals. Susie is a keen sailor, with a cruising yacht in the Hamble and proud mother of two grown up boys.