What's a picture worth?

Video and film have come a long way since their inception, says John Sayers, from being research companions to a parallel deliverable

It's that moment in your life when you try to explain to your mother exactly what you do for a living. “Well mum, we make consumer films. They're films about people and their behavior… so that companies can understand their customers a bit more.” “Oh, are they on the television?” “Er, no, they get shown internally, for our clients.” “Oh... would you like a cup of tea dear?”

It's the same with friends, they just don't get it. “You're going all the way to Somerset to film a farmer's wife for a week while she talks about packaging? Why?” The only time friends have been remotely interested in what I do for a living is when I once told them I was being paid to fly around the world to make a series of films about youth culture. And that this would entail me spending all my time in clubs, bars and at parties, and talking to the locals. “You jammy sod, call that a job?”

I am relatively new to the wondrous world of market research. I had my first taste in 2001. In my previous career as an advertising creative, market research had been something I didn't really understand, while the experiences I'd had with it were not all that enjoyable, so why on earth would anyone want to film it?

Still, encouraged by a friend that is precisely what I was going to do. Our first job was to make a Scene Identification film — a film uncovering trends in teenagers around the UK — so we sent out a few small cameras and briefed people to record their lives. That was it. What we got back was amazing.

I sat down in my lounge, put some headphones on and started to watch the dozens of tapes. I was utterly amazed at what I was watching; it was like the most revealing reality show imaginable. For a while I felt like I was intruding, it felt somehow wrong to be watching these teenagers pour their heart out to the video camera. I had an overriding sense of understanding and empathy for them.

As their diaries unfolded in front of me, like a real life soap opera, I was rooting for them, I was right there living it with them. I really felt for these people. It was embarrassing and heart wrenching, annoying and entertaining. I was talking back into the screen as if I knew them. It was weird!

I spent the next three weeks editing their diaries into the final film, feeling that since they'd somehow given me their trust that I should do my best to show their story in the most honest light possible. I'd aim for a Pulitzer-winning humanitarian story that would rock the world and not just a consumer film about some British teenagers who spent their time smoking, getting drunk and generally being confused and misguided about life.

Eventually I finished the edit, the clients loved it and immediately commissioned more. It was the impression that this first encounter left on me that was the spur to take this video research idea further. If it could have that impact on me, a bit of a cynic and a non believer, then it could have the same effect on anyone.

Things have moved on, nowadays we are all increasingly taking digital images of our lives — whether everyday events or significant moments. It is almost our social currency, what with Youtube and Flickr etc., and means that since the detail of our lives can be captured and shared within hours, it is acceptable and natural to use research filming techniques as part of this world.

Video diaries are still an amazing way of getting those rich insights, but as we've evolved so have our methodologies. There are night vision cameras in bedrooms for days on end to record sleeping behaviour, cameras in cars to record driving habits, reconstruction and dramatisation using actors, scriptwriters and full production crews.

We once dressed up willing respondents in filthy clothes, made them smell using unspeakable concoctions and sent them out with hidden cameras to get the inside scoop on how it feels when people reacted. All of this, and more, both internationally and domestically. Of course, we have been helped by advancements in technology, from small solid state High Definition cameras to advancements in post production capabilities. It has all enabled us to move forward and really push the boundaries of what is possible.

One thing that hasn't changed, though, is the insight that it generates. It's just that nowadays we have more sophisticated ways of getting it and there are literally no limits to who or what we can bring to life. We make sure we use it wisely, we don't use technology for technology's sake, and we have always tried to make every film we produce have the same impact that that very first film had on me.

We have seen the medium grow from being a research companion to a parallel deliverable. We frequently produce multimedia-style films with graphics and voice-overs that tell the entire story, almost without the researcher being present. If that old saying "A picture tells a thousand words" is true, then there are 25 frames in every second of video, that's 25 pictures every second, that's 1.5 million words every minute!

Last summer I was walking through Covent Garden and saw a friend I hadn't seen for years. As I walked towards him to say hello I noted that he wasn't acknowledging my eye contact. It was then I realised that he didn't know me at all. In fact, we'd never met before but I knew him very well: it was one of the lads from that very first video diary way back in 2001. He'd put on a bit of weight and looked happier, but the point is that after all this time I still felt like I knew him — albeit a little sad that I'd missed the last few years. Maybe I could give him another video diary to do: I wonder what he'd have to say for himself nowadays! 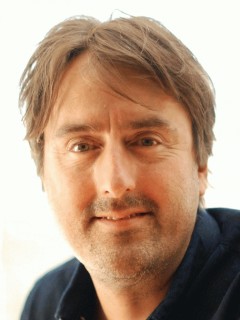 John comes from a marketing and advertising background. For the last decade he has been creative director of Firefilms @ Firefish and has focused his attention on the capture and communication of insight using film, while also developing award-winning methodologies. He has just launched Insider, which deals solely with the communication of insight in creative ways using technology, film, print, events and experiences.