Plus Points of the MRSB

Qualitative researchers are probably not the most natural breed for taking orders without quibbling. We are unlikely to think that "Nanny knows best". For many quallies, their idea of a self-regulating industry is one where they decide personally what is right and what is wrong.

Well, self regulation is something that most industries would indeed prefer, and for very good reasons. Most industries believe that they know the ins and outs of their own trade and feel able to set appropriate standards, guidelines and boundaries. Even quallies realise that some sort of agreed standards are required but we want ones that are acceptable, both to ourselves as well as keeping an eye on what the general public wants and what the government requires.

I ended up on the Market Research Standards Board (MRSB) because I, and other AQR committee members, felt it would help to get a dedicated (smaller company) qualitative voice heard there and I got "volunteered" — probably when I nipped out to the toilet. I was warmly welcomed on to the MRSB but, being dominated by researchers from large quantitative organisations, it was a bit of a culture shock despite the support of those members with qualitative experience.

OK, so a new version of the MRS Code of Conduct may not be greeted with quite the same enthusiasm as the latest Harry Potter release, but it's something that we all need. The Code, however, is always being considered for change and adjustment to meet new circumstances and challenges.

Sometimes people are surprised by the absence of clear guidelines on subjects such as how long we should keep records of the work we do. In fact, it's up to you to negotiate this with your client but an indication of sensible limits is given. Other rules may surprise you, such as not being able to offer, or give, client products to respondents, as this was deemed to change the activity from research into promotion. This latter rule was not passed unanimously!

While the Code of Conduct is probably the most high-profile job the MRSB does, it also carries out many other functions. Apart from creating Codes and Guidelines, one really excellent service it supports is the Codeline Service. This is where anyone (researcher or member of the public) can ring or e-mail in with a query about what is the right, and wrong, way to go about research.

Godsend of a Service

The MRSB reviews the advice given to researchers by the Standards Department. Trust me, this service is a godsend if you face issues that raise doubts in your mind such as where and when you can interview young people, what to do if your client insists on re-contacting your respondents directly, what sort of data you can pass on to your clients, etc. Data Protection is, in fact, a hot topic!

Then there are the complaints — and I'm not talking of complaints about the MRSB. In the year 2007 to 2008 the MRSB handled a total of 72 complaints, a gratifying 41% drop in the number from the previous year. Most of these are dealt with by negotiation and clarification between the parties involved. All sorts of misunderstandings arise and we all make mistakes, usually fairly trivial, but they need to be sorted out before they become a big issue.

As the MRS is dominated by quantitative organisations they attract the lion's share of complaints. Qualitative researchers, however, are certainly not blameless and attract their fair share of misunderstandings and misdemeanours. You would be surprised how often problems arise when respondents felt they were mistreated or misled about things such as receiving incentives, the length of time of interview and confidentiality of their personal data.

Do yourself a favour and pay recruiters and all your respondents promptly, even if the latter do arrive a bit late. Trust me: a £30 fee, even for non-attendance, is nothing to the time and bother that an irate and awkward respondent can cause you, especially if they have a "good" reason for lateness.

Other areas in which we need to be careful is a client data protection. For example, do you encrypt any customer lists you received from clients, how long do you keep them for, do you record when you delete such lists and how do you delete them? In viewing theatres, how careful are you operators in ensuring that no part of the session (sound or visuals) is accessible to anyone other than the viewing theatre staff? How careful are you researchers in making sure that clients do not know respondents, that clients do not use notes and recordings incorrectly and in getting explicit agreement for clients about their subsequent use of research data output.

If you do feel there might be a need to re-contact respondents/participants, do remember to ask at the first interview.

On the wider front, the MRSB does a lot of work in representing UK research interests by liaising with a number of different bodies. These including the Information Commissioner's Office, Ofcom, the Federal Trade Commission, the Justice committee, ISO, EFAMRO and ESOMAR. who are revising their own code document. So aren't you lucky that they are doing all this for you. You don't even have to bother to google the names and acronyms to find out who they are. Thanks to the valiant MRSB, we can all sleep more peacefully in our beds! 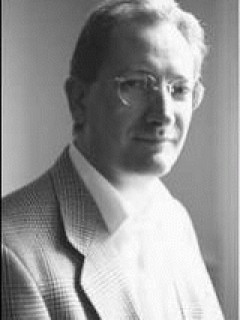