How Much Do You Earn?

Elizabeth Norman International, the international recruitment consultancy, has specialised in the market research sector since 1989. It has conducted a UK salary survey across the industry for a number of years which, at its most basic level, incorporates agency and client-side and quantitative and qualitative salaries by region.

We first became involved in this to show how salaries in the research industry compared vis-à-vis other industries, and also because we felt it was important and worthwhile to make this data available from a market sector viewpoint. As a well-known provider of this information, we receive many salary survey requests from a variety of different companies at various stages of the year.

Below we have listed the average current salaries of qualitative researchers" registered with ENI. We have categorised people by the job titles they have been given (research manager (RM), associate director (AD), research executive (RE) and senior research executive (SRE)), which in small companies is not always indicative of experience. In addition, as you will see, there is wide variation — particularly at a senior level. We believe this reflects the wide range of career options to them.

Once a researcher has been in a SRE role for a solid year to 18 months, they start to assume the role of a "doer" and offer invaluable support to more senior staff. They are then in a position to command a higher salary, especially due to the acute shortage of skilled candidates at this level and the fact that agencies need to offer higher salaries to attract them. This dearth of talent is probably due to candidates being, at this stage, at something of a crossroads. If they don't stay within a research agency they might opt to go client-side, or follow a different career path altogether.

Benefits for qualitative researchers would typically include a bonus (based on personal and company performance), car allowance (and sometimes car), private health care scheme, and pension (contributory in most agencies, stakeholder only in the smaller companies). Some companies also provide other perks such as season ticket loan or subsidised gym membership, and a mobile phone is usually a given, sometimes with a laptop. As the bonus and car allowance are tangible cash benefits, however, we have looked at an average of these and outlined them below:

We also conduct the salary survey in our Australian offices (Sydney and Melbourne) and have found that salaries (including superannuation) were much more variable across levels than in the UK, as listed below in £ sterling:

In terms of benefits, with superannuation, pension contribution is part of the overall package. Bonuses are less prevalent than in the UK. Lifestyle-related benefits are, however, more popular here, with 37% of respondents enjoying flexible working hours, and/or the ability to work from home. Some 32% of respondents also received a personal training/development budget and/or study support. Other popular benefits were time off in lieu for additional hours worked and additional annual leave.

More recently, we have been interested in how respondents" lifestyles impact on their careers, assessing what elements influence the kinds of roles and companies they look for, thus giving the survey a more qualitative feel. These more detailed results will be available in our Salary Survey 2009 in February 2009. Our Australian salary survey, however, revealed that a work:life balance — closely followed by a good company culture — were the most important factors when considering a new employer.

Finally, we asked all respondents if they lived to work or worked to live. Sadly, 15% of qualitative researchers live to work, and these typically tended to be the more senior respondents. Refreshingly, the majority (75%) work to live, and 10% don't care!

The complete salary survey for 2009 can be obtained by emailing recruitment@elizabethnorman.com 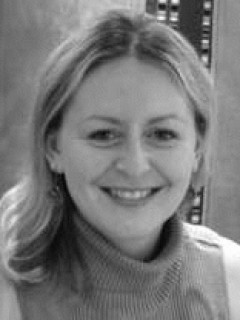 March 2009
Fancy a change of scenery?