The key to unveiling

Siamack Salari discovers that some rules need to be broken, or at least bent, when observing respondents in the Middle East

Way back when... I was running a small ethnographic unit at JWT's London office, I realised I needed some kind of a process.

It would be one I could share with employees and with clients I wanted to sell the technique to. It would make us look like we knew what we were doing; would overflow with rigour, and withstand challenges and criticism from researchers and academics. So, over the past 15 years we have evolved core principles, methods and techniques of which we are both proud and evangelise to all who are willing to listen.

We've applied these across most of the world to mostly good effect. Again, this is our way of doing things, giving us a huge point of difference and something to talk about at conferences. But the opening of a Dubai office in January has prompted a rethink. Now, four weeks on and counting, I'm wondering if I've been too inflexible in my thinking. What will clients say when they see us contradicting most of what we have believed in?

Let me explain: since our approach centres on video recording everyday life happenings and events to disentangle meanings and insights, recruiting consumers who can relax and allow us to capture unprompted and unaffected events is critical. We abide by a simple set of rules concerning participant observation. We don't:

So there I was, in my new Dubai office, interviewing a wonderful and enthusiastic shortlist of anthropologists and film makers. I was evangelising our methods and techniques, trying to ignore the increasingly doubtful looks on their faces. Eventually, one of them informed me that we simply wouldn't be able to film women naturalistically anywhere.

Why? Because women will simply not allow themselves to be filmed without veils. Even in the privacy of their own homes. And as if to drive the message home, I read in the local press that female video game characters are being covered up to appeal to the more conservative tastes of young people.

We decided to do some pilot deep dives to see just how difficult filming Middle Eastern consumers would be. Let me return to our top four rules of naturalistic ethnographic research with explanations below each when adapted to the Middle East:

Households seemed unable to carry on as though we weren't there, like we'd asked them to. Their legendary hospitality meant that we obtained little or no uninterrupted films of unfolding events, since we were constantly being asked if we wanted tea, sweets or a cold soft drink. So concerned were they that, to enable them to relax and continue with what they were doing, we felt obliged to give in on more than one occasion. But what surprised us most was their lack of curiosity about why we were hanging out and filming them. We ended up using a mini tripod to keep the camera running while we ourselves left the room and the subject for prolonged periods in order to obtain uninterrupted footage.

Households feel the need to fill empty voids with polite conversation but now, instead of trying to suppress this, we encourage it. We even recommend our ethnographers carry photographs of their own families and share them with the subjects. And before long they're involved in conversations which have nothing to do with the subject of our research yet provide an attitudinal/belief system backdrop against which we can understand their realities and priorities. By levelling the playing field of the researcher/subject dynamic we were also able to stimulate new kinds of dialogue. The questions they ask us about our lives are often as revealing as the answers they give to our questions.

Don't only film when people are aware of the camera

Leaving the camera on a mini tripod is effective in most countries we work in. In the Middle East, however, it's very different. Leaving the camera means you need to duck into another room to keep out of the way. And leaving a host alone is simply socially weird. It takes away the control we have given them because they would not be able to ask us to switch off the camera.

Look out for people who are 'acting' normally

Most researchers believe that Middle Eastern women wearing veils will not, even in the presence of a lone female ethnographer, remove it in their homes. Yet give women editorial control over the footage, focusing on close ups of events and happenings where possible, and in almost every case they'll remove their veils and relax. It's down to the fact that control allows people to relax and be themselves.

This region has prompted a major strategy rethink. But, more importantly, we have succeeded in obtaining footage of women in their own homes, relaxed and going about their daily lives, without veils.

The question now is whether we have shown ourselves to be sufficiently flexible. In fact, it feels in a number of different ways like the early JWT days when I used to describe our approach as a ship which we are sailing and building all at the same time. I hope we don't run aground... 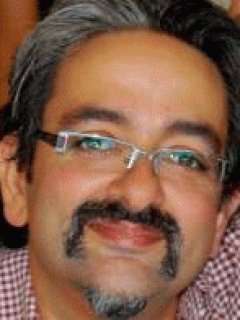 Siamack is a pioneering video ethnographer first applying his techniques in JWT's planning department during mid 1990's. In 2000 he established EverydayLives in London and, with team, has worked for FT 500 companies in over 23 countries. He is nervously opening offices in NY, LA, Dubai and Sao Paolo.

September 2012
The upside of talking to oneself

March 2009
The key to unveiling