Reshma Bachwani canvasses for views on how the TNS/RI merger might impact on the industry. Would traditional qual survive?

Earlier this year Martin Sorrell won his latest battle when the merger was announced between TNS and RI, an event that seemed to indicate a growing trend: the creation of market research behemoths.

The reason cited for the merger was, as always, to strengthen the value of the offering to the client. But is there a different truth lurking somewhere beneath the surface? The general consensus seems to be that an industry-wide movement towards global research conglomerates will force the smaller merged companies to conform to 'templatisation'. The underlying assumption is that less researcher time spent on customisation translates to greater ROI on projects. It's a tempting assumption – and it could work with quant research – but the qual business plays by a different set of rules.

The effect of restructuring

Susan Abbott, of Canada-based Abbott Research & Consulting, believes that insights from qualitative projects result from the customised research designs and wisdom of senior researchers when interpreting studies. In larger firms, however, these same people would typically be responsible for managing people and bringing in business, not interpretation or analysis.

Sadly, this often prompts a form of 'straight jacketing'. The impetus to look beyond the available toolkit flags. In fact, individuality is discouraged – possibly one reason why clients opt out and go to smaller agencies where thinking out of the box is possible. Susan Saurage-Altenloh, of Saurage Research in the US, confirms this thinking. She believes that, as firms merge, there are economies of scale, but some of the spunky creative abilities and ensuing client benefits get flattened out.

History tells us what we might expect in the future. A senior researcher in France recalls that the merger of Insight, then one of the most sophisticated French qual agencies, with European quant giant IPSOS, prompted the exodus of over 10 research directors. And today? It could be argued that Insight's creative 'savoir-faire' is but a shadow of former days.

Dina Mehta, from Mosoci India, quit one research firm soon after it switched from a bricolage-like approach to one that was more structured, large scale, focusing on quantity rather than quality. With the need for quick turnaround times and high volumes, she found herself behaving more like an administrator chasing targets than a researcher.

Another research consultant, Charukesi Ramadorai, points to what may be the first signs of a more serious issue – that of commoditising the business. Since, within large agencies, a tailored approach is discouraged she observes that those 'brand qualities' differentiating the qual service offering are becoming more and more diffused. Barring projects that involved the use of copyrighted models, which inherently have some degree of differentiation to offer, there is little difference in the way most large agencies work.

Virginia Valentine in her MRS 2001 conference paper 'Repositioning Research: A New MR Language Model' highlighted how the MR discourse currently encodes the old imagery of a researcher as backroom technician while consumption has changed and demands that the researcher takes on the role of a strategic thinker.

The TNS/RI press release talks – on the face of it – about increased capabilities. It mentions 'that both TNS & RI will join forces and use their strength, resources and talent to deliver value to their clients.

The new company will be either the largest or second largest in every major research market giving them 'on the ground' ability to deliver industry knowledge and global protocols to clients.'

But let's take a step back and view this statement in the context of Virginia Valentine's framework for analysing the MR discourse. It might suggest that creating a large, stable information fortress could end up taking the research business in a direction that is not conducive to fostering a strategic forward thinking approach to research.

It could also mean taking qualitative research away from the metaphor model (a nimble, entrepreneurial environment that encourages intuition, creativity) and towards the metonymy model (a stable, predictable environment that emphasises conformance and process led endeavour).

How will qual survive?

Spinach's Helen Taylor observes that, for every big company merger or acquisition, a new crop of small boutique agencies spring up. While some continue to remain small and personality-led, others develop and grow into mid-sized agencies. So, overall, the qual market always offers a choice for research buyers.

Clients entrust large agencies with global projects and regular brand work since many of these organisations have historically conducted research for certain brands. N. Muthukumaran, from The Nielsen Company in India, points out that global outfits also, apart from offering logistical advantages when managing international projects, have access to nuances of what works well in which culture, which enhances a researcher's sensitivity. This is a competitive advantage that some of these large agencies may lose out on in the days to come, thanks to some of the new kids on the block.

The recent past has seen some global niche agencies in the qualitative space. They are nimble yet global, with the marketing focus that comes with multidisciplinary talent – a bunch of passionate individuals who love their craft.

Yet somewhere the line between a boutique agency and a large full service agency is blurring. In the ultimate analysis, it is not so much the size and reach of an organisation that by itself hampers or nurtures the spirit of qualitative research as its culture and orientation to business.

Reshma Bachwani
This article was first published in InBrief magazine, May 2009
Copyright © Association for Qualitative Research, 2009 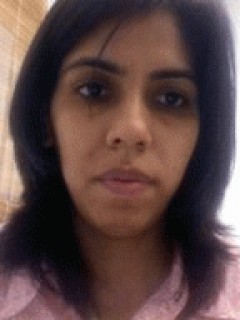 Reshma has spent a decade exploring consumer insights and advising companies on their marketing and communication strategies. Her career spans stints at The Nielsen Company, Research International, Chlorophyll Brand & Communication Consultancy, and TNS. She now consults independently under the name Illume. Trained as a clinical hypnotherapist in Europe she specializes in applying subconscious approaches to unearthing more meaningful consumer insights.

June 2013
Down the rabbit hole

May 2009
Bricolage to standardisation