The heart of the mind

We all recall the moment Michael Jackson's death was announced, or the day Obama announced “The world has changed and we must change with it.” Most of us twittered over it and updated our Facebook statuses. Millions joined fan pages, and used social networking as a platform for expressing universally shared emotions.

At its very best, social networking can be a wonderful, entertaining and connective tool representing freedom and togetherness. Its darker side, though, generates feelings of alienation and despair — as when staff at Curry's were reported to have openly defamed customers on Facebook. It left a sour aftertaste of anger, controversy and shame for everyone involved.

Social networking sites, like any medium, can be two-faced. Where social networking sites can potentially engage the individuals is in the area of causes or common groups — the sense of having a common belief or sharing a cause can be very empowering. Similarly, joining a fan base or group can have a similar outcome.

However, there is naturally a flip side to this coin. Negative claims about social networking sites include sensations of fear, rejection, isolation, competitiveness, jealousy, stress and even addiction. Of course the social network forum may not be the reason for these feelings, but there are reports of these feelings sometimes being exacerbated in the online world.

Social media sites have a number of features in common with school playgrounds: if you're in with the in crowd, the experience is enjoyable, if you're out — well, you can feel silenced. Why? Posturing, the formation of cliquey groups, pressure to conform and leave people out can all add up to bullying, which we'd hoped to leave in the playground. To experience it all over again as an adult is something to be avoided.

So why is it important for us — marketers — to understand people's gripes, fears and grievances with social networking? Isn't all media and marketing inspired by theories of pack behaviour which, as a result, leads it to play on human vulnerability? And if social media just reflect society, why should they take the can for everything that's wrong in people's lives?

Unlike more traditional mediums of communication, we have a lot to learn about human behaviour in the online world. We're still unsure where the hidden danger zones are. Yet if clients and marketers wish to exploit this world they can't afford to ignore the darker side of social networking sites and the alleged rise of stress and addiction which is linked to the blogosphere.

On the face of it, social networking is powerful and alluring to clients, offering entry to like-minded communities who might be open to their product or services. If the level of consumer permission to communicate within this space has not been gauged, however, advertisers could shoot themselves in the foot.

So, is social networking really all it's cracked up to be? Yes, there is a certain amount of hard data available about customer behaviour online and individual sites" traffic, hits and stickiness. We can even conduct online surveys until the (virtual) cows come home. But will any of this prove that brand communication cuts through on social networking sites and at what level? Crucially, will it tell us how people really feel? Don't we need to explore the possibilities further, and the consequences of using data to target people so individually and directly? And dare I say it, so ruthlessly?

Somewhere between our fascination with online technology, the feeling of connectedness it gives us, and the surge of marketers making a play to reach individuals with tailored messages, things have gone ever so slightly mad. Ethical boundaries have become blurred; at best they are crossed, at worst dismissed. Everybody's desperately jumping on this very fast-moving bandwagon, afraid of being left out just like that kid in the playground.

So where do we go from here? As a researcher I will do what I hope I do best. Seek truth — or at least aim to keep an accurate score. It is about cutting to the heart of consumers" stories. People are more than data but we, as marketers, obviously need to bring the important stuff back to the client's objectives and relate them to commercial reality. I won't simply advise clients to “Go advertise on Facebook because everyone loves it”. Everyone doesn't. And those that don't still need to be heard.

If we want to do the best for our clients, we need to ask some hard questions about social media, bring clarity to this subject and clean up those blurry ethical boundaries. Or at least be prepared to have the debate. There is no black box solution to this. We must keep wrestling with the question of effectiveness, evaluate and re-evaluate our methodologies for speaking to audiences, until eventually, a body of evidence and true reason shines through.

In a world where ethics, fairness and social responsibility are proving to be increasingly important to today's consumer, marketers must understand how these values, feelings and attitudes play out in consumer's online lives — and take some responsibility for how they feel when they're back in their offline worlds.

On the face of it a computer helps people make connections online, but it helps terminate them just as quickly when they've had enough. It's a dangerous power to have, and clients need to be aware of guilt by association. The answers we seek about virtual worlds are possibly closer than we imagine — let's start by understanding the people in the world we live in. 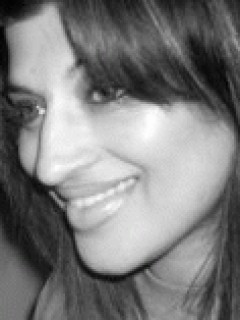 November 2009
The heart of the mind