Deborah Cameron's dissection of the fact and fiction of how men and women talk is a clear and calm take on a highly charged issue. She also gives us a way to think about "gender difference" that's perhaps unfamiliar; not as a fact, but as a topic for analysis and thought.

Thinking about gender as as something people do rather than what they are opens up rich seams of thought for qual researchers. We can use this in two ways: as a focus for being reflective about our own practice, and as a tool or resource for analysis within particular projects.

Do we co-produce gendered language?

We have enormous power to shape the agenda in our groups and interviews, including how relevant or not gender will be. We know market research interviews are not ordinary conversations, but do we realise the full implications for what people say? Conversation analysts have painstakingly mapped the micro-mechanisms of "everyday" conversations – conventions and patterns around things like turn-taking and question-asking.

There are systematic "rules" that everyone adheres to; no-one exactly enforces them, but everyone behaves like those rules are there. We don"t even notice them until they are broken. Against this norm, academics have explored the way certain "institutional" interactions like doctor-patient consultations, job interviews, and school teaching systematically vary from "everyday conversation". In all these settings there is an imbalance of power, reflected in the language patterns seen – generally the professional sets the agenda, defines topics, and asks most of the questions. And market research follows the same pattern. Note: we don"t take this power by force; the imbalance is co-created by all participants – it"s just the way you "do" this kind of interaction.

Most research participants want to fulfil their implicit contract so they behave like you are in charge; you will determine the topic of the conversation and you will set explicit or implicit rules about "allowable" and "not allowable" contributions. So they will look to you as well to sense whether or not gender is relevant to this discussion. Never mind how "non-directive" we are, every question we ask, or comment we make, or "uhuh" we utter is significant in showing participants what we expect and what we value. So if we "see" big gender differences it"s worth thinking about how far we might have co-produced them.

Another way we could reflect on our own practice is to think about how we sometimes disrupt or challenge gender identities – we ask men to "do being emotional", for example, when we ask them to complete projective techniques, or simply talk about how they feel. Men clearly can, on the whole, do emotion-talk, but we intuitively manage the context carefully to allow this, because it disrupts the norms of gender identity. What else do we do that is perhaps more subtly disruptive? If we set people up in opposition (dividing a group into two to argue for and against something, for example) we are setting up a "male" pattern of ritual opposition and competition – what does this do to what we get from men and from women?

Other situational factors might account for people "doing being female" or "doing being male" in a group or interview. There might be recognisable gender-related dynamics – cross-gender flirtation, or within-gender competition, or within-gender bonding, or indeed respondent-moderator gender issues. We"ve all seen it, and it matters, so we might want a) to manage it and b) allow for it in analysis.

What are they really saying?

At a moment-by-moment level, "gendered" language can be a golden analytic resource to help make sense of our research; why did those women go all giggly at that point, when before they had been speaking thoughtfully and rationally? Was this display of gendered identity triggered by something in the preceding talk, or something you introduced? What might it mean?

We can also think about the bigger context of market research; if talk is "always shaped by the demands of the activity (people) are engaged in" what kind of activity is being a research participant? Not what we think it is, but how people actually treat it. People"s beliefs about the nature of the task they are engaged in – the conventions they are expecting or adhering to – determine how they perform as respondents. And it is within this context that we have to see "gendered" language.

A key focus for discourse and conversation analysts is not what people are saying (or even "meaning"), but what people are doing with their talk – the function and effect it seems designed to have. The way we speak can be conscious and deliberate but, more often, we just do what feels appropriate to the situation. So looking closely at language tells us something about how people see the situation and their role in it – and this is a useful analytic resource.

Personally, I recognise at least two interactive models for a focus group. There"s the one where people "do being interviewed"; there"s lots of talk, no nasty silences, plenty of opinions and emotions being expressed, a happy client behind the mirror – but somehow you feel you"re not really getting to the issues. Participants are seeing their task as "producing opinions" for you. If people are "producing opinions", they might also be "producing gender".

An alternative model is harder to achieve, less of a spectator sport for clients (because it involves silences and less coherent talk), but in my experience is far more productive. We might call this one "struggling together with the issue". Here, people are engaged genuinely in trying to help work out a puzzle by exploring their own behaviour and making sense of it with you, right there and then. We need to interpret "gendered" language quite differently in these and other scenarios (including non face to face ones like online); if we see people "performing gender"; we must look closely at it and ask – why?

Why think about this?

To be excellent researchers we need constantly to reflect on our own practice, both in the way we manage interactions we set up and in how we make sense of them. By thinking about gender as sensitive to context, linked to identity, and performed through language (as well as through other modes), we give ourselves choice about how to behave as moderators, and an additional resource when we come to analyse what went on. 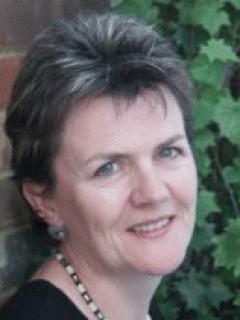 Gill Ereaut is a specialist in discourse analysis. She has more than 20 years experience as a qualitative researcher and has become more interested in the significance of language to marketing and organisational issues. Gill has adapted and refined established academic techniques such as discourse analysis and applied them to market research.

July 1999
A tale of three softwares