Thirteen years ago we experienced the Focus Group Election. Certainly, the Labour landslide of 1997 was facilitated by deeper understanding of voter attitudes and top level use of qualitative research.

The upside for us in the qualitative business was a wider public awareness of what qualitative research was about. The downside was facile demonisation of the "focus group" and even wider public misunderstanding.

In 2010 there are similarities to "97: notably, a government which has outstayed its welcome and an untried young challenger. But there is cross-party agreement that even more differences exist that make this election difficult to read or predict.

Voters, especially swing voters, have changed. They are less tribal and more conservative with a small "c". In "92 it was fashionable to be anti-Tory. This time round it may be the "shy Labour" vote that dare not speak its name. Serious issues, high in the public conscious, abound: the economy, the NHS, education, the expenses scandal and others. But will any of these be the tipping factor? Or, with televised debates between party leaders and wannabe Chancellors coming up, will personalities over-ride them?

Turnout and how the marginals will vote are the key to how this election will go, so difficult for any national representative poll to forecast. Deborah Mattinson of Opinion Leader, "Gordon Brown's guru", sees a key role for qual again. “In 1992 the polls were all wrong but the focus groups got it right. It could be the same this time.”

Changing communication patterns, changing research tools and less money available to pay for research are all contributing to the growth of online voter research. Currently the bigger and older polling organizations are telephone-based but some online competitors are thriving and internet use growing. Roger Mortimore of Ipsos MORI doesn't see an Internet Election this time. Nick Moon of NOP/GfK concurs but believes that by 2015 most political polling will be done online.

Chris Fox, Liberal Democrat Chief Exec, comes from a commercial background that leads him to favour a varied research programme to understand how voters view the next election — though not, he stresses, to build policies.

He is enthusiastic about online qual, believing that its power for emotional disclosure can outstrip face-to-face situations. “In many cases people are much more respectful in a focus group,” he says. Others are more cautious and ambivalent. But online research is being more widely used to understand special interest groups, or as part of an innovative, hybrid approach to mainstream qual projects.

So moderators can relax. Rumours of the death of the political focus group appear to have been exaggerated. Nevertheless, online qual research is increasingly sophisticated and its importance growing. As Roddy Glen says: “Online research has created new territories we never expected.”

We need to quell the Luddite tendency, think creatively and embrace those new opportunities. 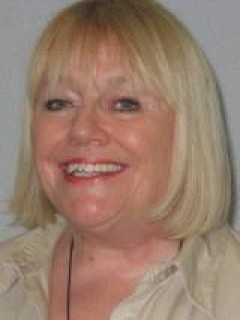 Anne became a qualitative researcher by accident more than 35 years and still believes it?s the most satisfying and engrossing business you could find. She has worked in advertising as a planner and on the research agency side with outfits as diverse as the Schlackman organisation and the megalithic Ipsos Group. She is now running her own consultancy, Thinks Research. Lately, believing firmly in enlightened self-interest, she has been concentrating on researching third age products, services and issues.