Magical thinking has a role in helping to understand those actions and issues that consumers can't explain, says Nick Gadsby

"Why?" is a question that human beings can have great difficulty answering. People, whether accounting for their own actions or attempting to explain the reason for some other phenomenon, tend to fall back on platitudes and norms that we as researchers often find far from satisfactory. I'm going to show that, in instances where people encounter some kind of inexplicable phenomenon, they often revert to magical thinking. It is in these situations we should look for some form of significant cultural meaning at work.

Magic, you might think, is an unlikely candidate for bringing understanding to things that consumers can't answer. Isn't it just trickery, sleight of hand or something mystical and otherworldly, invented to add wonder to children's stories? Yes, but it's also been the subject of over a century of anthropological study which has provided us with a practical definition of magic and numerous case studies demonstrating its role in the lives of people.

Where magic is "real"

Magic is not, however, exclusive to non-western, "primitive" societies. A recent article in the Daily Mail entitled “Are YOU ruled by superstition? It seems the modern world is driving us mad with irrational fears and OCD on the rise” claimed that in a "recent survey" 42% of women admitted carrying a lucky charm with them. The Daily Mail may not be the most reliable source of facts but if we look closely at the behaviour of consumers we can find many incidences of magical thinking.

Brands are frequently the object of magical thinking. While we tend to think of consumers as having rational and irrational relationships with brands it isn't clear exactly what we mean by irrational. In fact, many brand relationships can be thought of as kinds of "sympathetic magic". This is based on the idea that like affects like. So, for example, in volt sorcery harm can be done to an individual through damage done to a carving in their likeness. Consider a pair of Nike trainers. A consumer might buy them because he considers the brand the ultimate statement in urban cool. By possessing and wearing them this quality would be transferred to him.

This kind of magic has its apotheosis in the realm of celebrity branded goods. Saints relics, so popular in the Middle Ages, also operate on the principle of sympathetic magic: a fragment of the cross or St Sergius's finger bone were believed to represent the person of the saint intact and contact with it would transfer their values and virtues to the profane. Similarly, for celebrity brands like Kate Moss's line at Topshop, possession of an item of clothing designed by, or even just associated with, an A list celebrity is seen as possessing and embodying some of the qualities of that celebrity which are in turn transferred to the wearer.

We can't expect consumers to explain or admit this kind of process because it goes against all our common-sense expectations of the way things work. While in some non-western cultures there is a common belief that people are "partible", that is that aspects of their essences can be transferred to other objects or people, in our culture we have a firm belief that people are self-contained and autonomous individuals. So the thought that we might admit to thinking that Topshop's Kate Moss line possesses some essence of Kate Moss would appear barmy, to say the least.

Magic isn't restricted to clothing brands, it can also be seen in other categories. For example studies of the active ingredients of cough medicine find routinely they have no medicinal effect, yet consumers still claim their symptoms improve by taking them. This is well-known as the placebo effect, but all this term really means is that we have no explanation for it other than some vague allusion to the irrationality of human psychology.

Often, when consumers can't explain something, there is some transcendental force involved that is greater than human agency. Cough medicine appears to work because consumers associate any positive changes they experience to the medicine. That, in turn, is because culturally they have been "trained" to have faith in the idea of "progress" embodied in institutions like science and medicine which are perceived to transcend the fallible human state. Like the divine beings of the Dreamtime or ancestor spirits, transcendental concepts like "progress" exist in a place apart from the mundane and provide consumers with a locus of faith and belief against the capricious nature of the everyday.

Of course, transcendent concepts don't go unchallenged and the hegemony of medicine is far from monolithic. For example progress's nemesis and sometime victim can be seen as the concept of "nature". The growth of nature as a transcendental concept can be seen in the concerns over climate change, in the form of organic and green products and in medicine the rise of alternative health practices such as homeopathy. There was great uproar when homeopathy became available from the NHS last year, but it marks a significant shift in our culture's allegiance to nature.

Magical thinking helps us answer some important questions that are effectively taboo for western consumers to answer for themselves. They can also aid us in developing brands that play to the strengths of these apparently irrational behaviours by revealing the logic behind their existence. 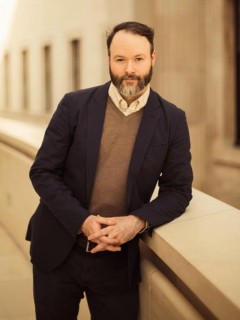 Dr Nick Gadsby is the founder of The Answer, which he describes as a cultural value agency. He uses semiotics and other cultural methods to help brands grow and manage a rapidly changing world by delivering: Simple, Profound Insights; Clear Strategic Direction and Actionable Output.

December 2018
Time to shake up a sense of self