Martin Moritz uses his unique perspective to ask whether we get the representatives we want or those we deserve?

As a German anglophile, I can't help but compare both countries automatically and constantly. The question I'm currently trying to resolve, though, is whether we get to be represented by those we choose or those we deserve?

Take two totally different and — at first glance — unconnected areas: our respective governments and the Eurovision Song Contest (ESC). The voting — and the end result — in political and popular music arenas mean that I'm always veering between hope and disappointment.

Nevertheless, in both we get to vote as to who represents us, which is always a bit tricky, because what makes a good representative in the first place? In politics someone who is a person of the people, someone we can trust. At the ESC someone who has enough talent, looks good enough and presents a catchy song. Of course, it's hoped that all the other countries will like it, too.

Let's deal with the current conservative/liberal coalitions first. In the UK such a coalition may appear relatively daring. Yet in Germany such coalitions are very common and the outcome of last September's elections prompted merely a reaction of mild stoicism.

In the UK, after 13 years of Labour rule, people were not sorry to see the back of Gordon Brown. He never seemed to escape Tony Blair's shadow, was allegedly a bully with a waxen smile, who reminded a Guardian journalist of her "Labrador furiously wagging his tail after a good telling off and asking to be loved."

So, who represents the country now? Well, in Germany we were quite impressed by how quickly the UK coalition was organised. In Berlin, this would have taken weeks. And the new leaders? David Cameron seems more charismatic than Brown, but somehow decidedly posh. In fact, looking at him in the Bullingham Club photos, together with his pal Boris Johnson, they look very Duran Duran. But hardly a man of the masses.

Nick Clegg? Well, he was a surprise front runner and emerged unscathed, despite all the plots to make him look bad (blog "nickcleggsfault"). It's early days for the UK coalition, but there seems to be an eagerness to initiate the necessary cuts (unlike in Germany, where it took eight months). A marriage made in heaven, after all?

In Germany, meanwhile, proportional representation gifted the Liberals their best result ever (over 14%), making them a powerful ally for Angela Merkel. It enabled her to ditch the grand coalition which, despite steering Germany away from the first blows of the crunch, was never really popular. Also, a female leader and an openly gay foreign minister, Guido Westerwelle, seemed a rather cool and unique combination.The Liberal leader, who is also vice chancellor and foreign minister, was set fair to be as popular as his predecessors. In the past even the dullest or clumsiest office holders were liked. But Guido Westerwelle, instead of using the post to his advantage, soon began to irritate everyone by being either too aggressive or too sulky. He even refused to answer a question in English by a journalist from the Financial Times.

All the politicians within this, in theory, so perfectly-matched coalition soon went for each other's throats. Everyone was shocked to see how over-extended the "iron" chancellor was, burying her head in the sand. "Germany's answer to Maggie Thatcher" and "Frau Europa" had hit rock bottom.

Back in Britain we are, at least, voting for the party first, the person second. Even if the end result is the same: a compromise. In the Eurovision Song Contest, however, voters were unequivocal in their choice.

Lena Meyer-Laudrut is no super-perfect star model like Heidi Klum, no stereotyped blonde, Fräuleinwunder". Instead, and interestingly, she seems to embody many contradictions. She was built up and hyped systematically by her mentor, Stefan Raab, in the Our Contestant for Oslo TV trials.

No longer a girl, not yet a young woman, her style's inspired by the current romantic Gothic look from Twilight, it seems. Dark hair, white skin, red lips, very "Snow White" goes Marilyn Manson, but in a down-to-earth schoolgirl way. She's provocative but vulnerable, pretty and charming but rather ambiguous in her sexuality, a bit glamorous but unpretentious.

The magic word is authenticity. Watching her is less Germany's Next Top Model, more like rather viewing a documentary. She enjoys performing, however unpolished her moves and her voice. And then that bizarre Mockney accent, which impressed the German public no end: “At last someone without the obligatory distinctive German accent.”

Germany hasn't won since 1982 and usually everybody hates us anyway. But when Lena won it suddenly felt like, at long last, we had a representative to be proud of. So why did Josh Dubovie come last? True, the song was a relic of the 90s, but he could sing, dance and look way better than many others.

To the Brits the feeling of being disliked is obviously rather new, whereas to us Germans it's a familiar sensation. The nation that brought us the Beatles and punk rock is strangely out of touch with the Continental European electorate — and has been for many years.

What these Europeans wanted was authenticity, albeit a manufactured version, and Dubovie didn't tick that box. And in a weird way, voters in the recent general elections in both countries probably wanted the same thing. Have we got it? Coalitions that we can respect and trust? At least I really hope what was once called Cool Britannia will pick a catchier song for next year in Berlin, well — fingers crossed. 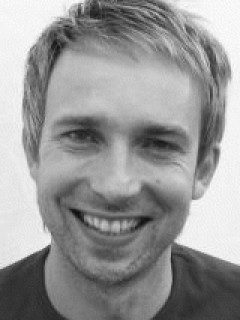 Martin Moritz is director and co-founder of consumerone, a Hamburg based agency for market research and innovation. He has worked in the Qual Research industry for 14 years and frequently works for UK agencies. He is specialised in semiotics, trend research, concept development and brand work.

January 2009
Crisis in the high street