Unless you've been living under a rock for the last six weeks, you'll have noticed billboard, press and TV advertising for a new money-saving product: Shell FuelSave. The premise? Save up to a litre per tank at no extra cost. I can't be the only one worrying about my outgoings right now; so for a company like Shell to help consumers save money by saving fuel makes a lot of sense and — on the face of it — it should do well.

But as I've been finding out, science and innovation only make up part of the bargain. Human behaviour has an equally important role to play. I'm no expert in driving techniques but I now know that turning off the engine when stopping for more than 10 seconds, moving up the gears quickly and checking tyre pressure weekly — not just when they're flat — could save me a serious amount of money. Likewise driving less, or using a service like streetcar, offers a more radical solution yet.

So how do we motivate people to start being better drivers? I've been to Dresden and Kuala Lumpur this year, as part of the Shell FuelSave Challenge, to work with consumers from over 20 countries in thinking about the "psychology of saving".

First up: we need to recognise some of the major stumbling blocks. For example, fuel saving has plenty in common with the broader category of saving that includes planning for retirement and other long-term finance. Most people don't have a great track record here and one of the main issues is that old chestnut — deferral of pleasure. Why save for tomorrow when I can spend today?

Making our consumption, and efforts to reduce it, visible goes a long way to providing immediate and tangible rewards. Feedback in terms of onboard data and comparing what we spend on the journeys we know best (daily commute, etc.) is critical.

There's also no denying that economical driving behaviour — sensible, steady, calm — flies in the face of the pleasure principle. We might consider reframing the negatives as a positive, Zen-like, driving experience but this is, of course, easier said than done until the benefits are experienced.

Finally there's the issue of social proof and the herd dimension (copying in particular). Some of the best examples of nudging have come from experiments in household energy such as sending people statements of what their neighbours are spending. Our Asian participants were keen to suggest the family unit and pester power as a powerful tool. But Shell's also been using "ambassadors" — in the UK, cricketer Freddie Flintoff has been made the face of FuelSave.

In some combination of learning, social behaviour, and unconscious desires lies the human answer. 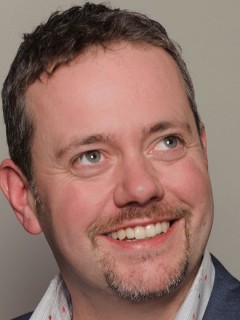 Nick is Research Director at C Space, a co-creation consultancy. Recently he has been working on iPhone Apps, mobile banking, branding a new Middle Eastern hotel concept and tax evasion. Nick has co-chaired the last two MRS conferences and is co-organiser of the BIG conference. Nick has a PhD in Caribbean literature and thought.