Talking to a brick wall

Once upon a time, there was a humble little research methodology called the group discussion. It was flexible, versatile and extremely productive. qualitative researchers up and down the land used it for projects of all shapes and sizes.

Then, almost overnight, it turned into the high profile "focus group". The media took an instant dislike to it, dismissing it as nothing more than a bunch of opinionated Watford housewives. But politicians fell in love with it… and especially those behind the creation of New Labour.

Deborah Mattinson's book, Talking to a Brick Wall, covers her journey from local party volunteer to member of Labour's Shadow Communications Agency, research advisor to the new government, and finally advisor to Gordon Brown and his team.

She (and other research and advertising experts) used well established methods from the commercial world to help make Labour appealing to the voter, resulting in its 1997 landslide victory — providing strategy and communication advice in the early years of government. Later, she used focus groups to explore voter perceptions of Gordon Brown in order to help with his transition to Prime Minister.

As the title of the book suggests, however, New Labour gradually stopped listening to her feedback and recommendations as public criticism increased.

Mattinson's real interest is in how this has led to a situation where voters no longer trust politicians, and what can be done about it. For researchers, though, her book is a fascinating insight into how familiar qual techniques can be used on political parties and politicians, just like chocolate bars and washing up liquid.

Early on, she used pen portraits and scrap art to explore political stereotypes. Personification exercises revealed that Labour was seen as an "old man in a cloth cap holding a placard in front of a factory".

To provide feedback on why Labour needed to change its priorities and language, her respondents drew pictures, did word sorts, and described the party leaders as animals, drinks and cars (by the time of the Iraq war, Tony Blair was a weasel or rat).

When she started, she met with resistance from old Labour stalwarts who rejected the idea that qualitative research could provide valid learning and direction. Mattinson makes a strong defence of the focus group approach, concluding that (as we all know) “this insight cannot be gained in any other way”.

Whatever your politics, Talking to a Brick Wall is an entertaining and revealing read. It will confirm your suspicions about the stresses of political life, and definitely confirm your belief in the versatility and effectiveness of qualitative research! 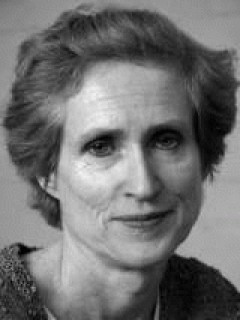 Christine Garland has been a member of the AQR since 09/1998.

December 2010
Talking to a brick wall