Some 15 years ago, as I eagerly sought my path into the mysterious world of qualitative research, I was led by an ideal that one day, I would conduct research that really made a difference. You know, that actually changed people's lives for the better!

So it proved to be with Change4Life. Back in 2007, "Childhood Obesity" was the focal symptom of our "Broken Britain". Splashed all over the headlines were distorting images of morbidly obese children and their "neglectful" parents. The then Government set targets in its "Healthy Weight, Healthy Lives: A Cross Government Strategy for England" (2008) white paper to return the prevalence of childhood obesity to 2000 levels by 2020.

Our research brief was a rare and challenging one: to bring to life the target families at risk of childhood obesity (those living in extremely deprived communities), to identify the issues affecting risk behaviour (diet and activity levels) and to identify a strategic platform from which to affect change.

We then set off on the exciting journey of living in the world of "at risk" families across the country. Through a truly immersive blend of ethnography and other qual techniques we became as close to them as possible.

The families I met in 2007 are burned into my memory. It led to us recommending that DH create a mass movement campaign (not a traditional information campaign) aimed at creating a societal shift through a long term strategy of communications, partnerships and ground-level interventions. We advised on a playful tone of voice and accessible new language around health behaviour change. Change4Life was not like other Government campaigns. Moreover, it exceeded every one of its year one targets in less than five months.

During the PRS award process (2010) we replicated this study, visiting Change4Life target families across the country and entering their world again to determine any evidence of effective change. It will never be possible to track or measure the effectiveness of such a mass movement campaign, but as we found, its effectiveness lies at a much deeper, societal level.

It has also confirmed my belief that to really make a difference in people's lives is as worth pursuing as I first thought it was all those years ago. 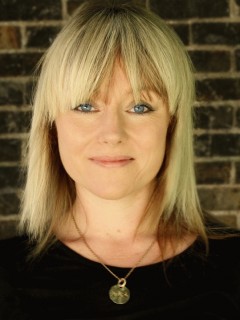 Amanda is co-founder of Hope + Anchor. With 20 years in the industry, she's knocking on a bit, but her passion for qualitative research as fuel for the creative process burns as bright as ever.

February 2020
The future is factual

February 2015
A debrief in leather

May 2011
Killing with kindness