Alison Fydler takes issue with how some quallies are accessing info on Facebook – and queries their adherence to the MRS code.

No-one can deny that the internet is the most amazing invention and is used to fulfil many of our modern day emotional and functional needs. I cannot enthuse more about the brilliance of it. The rise in technology generally over the last decade has made me, and undoubtedly all of us, become far better researchers, enabling us to understand human behaviour more fully.

I could witter on about what our company has been up to with technology, and the internet, to get deeper understanding of consumers, but to make one poignant point, it has all been with the full knowledge of the consumers invited to take part in our research.

What led to this article was to discover to my horror at the MRS conference this year (Debate of the Day 2: Who Cares About Privacy Anyway?) that some qualitative practitioners are paying respondents to be accepted as their friends on Facebook. Then, they're "going on safari" to explore what is accessible to them and "scraping" information for the gain of their clients. I wholeheartedly believe this is poor practice, morally wrong, and against the ethos of Facebook. The perpetrators need to challenge what they are doing. I am happy to throw down my gauntlet…

In my "interpretation" of the MRS Code of Conduct it clearly states "researchers must not make use of surreptitious, misleading or unsolicited data collection or recruitment techniques. For example, researchers must not use automated systems to gather personal data from online environments where users have an expectation of privacy without the informed consent of the individuals concerned."

"If any of my friends sold access to me on Facebook to a major company, I would go straight round to their house and kick their ass", regular Facebook user (she knows I have used this quote for this article).

Facebook terms and conditions state that "you will not collect users" content or information, or otherwise access Facebook, using automated means (such as harvesting bots, robots, spiders, or scrapers) without permission"; "you will not use your personal profile for your own personal gain"; "if you collect information from users, you will: obtain their consent, make it clear you (and not Facebook) are the one collecting their information, and post a privacy policy explaining what information you collect and how you will use it."

I organised a debate within our company to discuss this issue and it was indeed lively. Interestingly, an old technique of observation was brought up: wasn't this the same? Wasn't standing in a pub observing, even filming people socialising, drinking and purchasing drinks the same as observing on Facebook? Standing on the sidelines of a football pitch in the park and observing how football players interact? Wasn't observing people quietly going about their supermarket shopping the same?

My response is that researchers don't lurk. They stand tall and are noticed, they make their presence known — if they don't understand something they are not afraid to ask. They don't pretend to be someone's mate when they go on an accompanied night out and they don't put bugs in a conversation among mates in a social environment. They are clearly there — there to be asked if necessary, what on earth are you doing?

On Facebook, nobody notices or enquires if someone's friend is not involved in a conversation on a certain topic, if someone is quietly lurking in the background observing. Am I right? Isn't there a clear difference between the two behaviours and practices?

A justification at the dreaded debate was "people don't care", "we have to keep up with the times", "we have to make use of this modern phenomenon". Mmmmmmm.

Many research agencies, ours included, have spent hundreds of thousands of pounds investing in technology and bespoke sites to allow the behaviour elicited on Facebook to occur on a secure site. Consumers can be made aware of its purpose, why it is being used and shown that it allows them to download video footage and chat in depth about all sorts of private and non private issues. They can do all that while knowing that someone is observing, monitoring and using the information for financial gain.

There are other areas and other methods used in qualitative research online that I personally don't have an issue with — although you may and I hope you contribute your views to this important debate. Online, millions of people publicly post information, usually personal, usually lacking in fact but wanting to be heard. Trawling and scraping in this context is what it is there for, isn't it? I happily use information gleaned on Twitter, Wikipedia, blogs… Why not, it's out in the public domain.

But scraping Facebook to me is the same as letting someone into a friend's house when they have forgotten to lock the door and stealing a picture from the mantelpiece. People do care and you should too.

We would welcome comments on this article so, if you would like to join the debate, please email the editor on inbrief@aqr.org.uk. We hope to use any communication to feed into a further article and to broaden the debate, which we consider an industry-wide issue. Please spread the word to non-members, too! 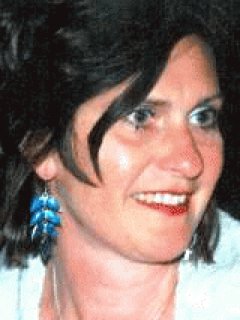 Alison has been a qualitative practitioner for 17 years, co-founding Firefish in 2000. Specialisms surround brands, communication and culture and providing strategic and directional research for clients.