Crawford Hollingworth and Sarah Davies, co-founders of The Behavioural Architects, on why the time has come for Behavioural Economics, (BE).

Over the last decade or so there has been a growing frustration among clients and practitioners with the tools and processes we live and breathe as qualitative researchers. There is a strong feeling that we have been doing the same things for a long time and, although we've been doing them well, if we're honest, they have not been delivering the same level of insight that they did ten years ago.

Our industry is now in need of new thinking and new ideas. The last ten years have felt a little like Groundhog Day. How long have we as an industry been obsessed by group function and forming models to explain the process? How often do you feel that attitudinal insights or findings do not seem to connect to the behaviour observed? And how often have you felt the answer lies in what one respondent has said, but it's been hard for you to use because that particular nugget was not observed by any client.

Clients are also demanding change and are increasingly frustrated by old methods, which are failing to deliver the value they seek. Last year the head of research for a large telecommunication company summed it up by stating "We keep doing the same old research and hoping for something new that we can use." Another FMCG client suggested that consumers were now ahead of clients, while research agencies were actually behind the clients.

Clients are asking for more creativity in how we go about research, new levels of analytical rigour and greater impact to drive action in their organisations. Insight needs to prove its worth because it is becoming increasingly vital to the lifeblood of companies and brands.

This paper will show how BE can provide a powerful framework and set of concepts which will inspire new methodologies and generate new penetrating insights. This will breathe new life into marketing and market research and also bring science on our side.

Over the last few years the behavioural sciences have been advancing exponentially and in particular, there has been a significant momentum behind Behavioural Economics.

Although it is not new – it has been on the 'fringes' of academia for some time – it has only recently been given the attention it deserves through the pioneering work of 2002 Nobel prizewinning economist Daniel Kahneman, along with Richard Thaler and Cass R. Sunstein (authors of Nudge), and Dan Ariely (author of Predictably Irrational) and many others.

From our own marketing and market research perspective, the behavioural sciences have evolved our understanding of how consumers' brains work and why they behave as they do. There is now a large and growing body of evidence from behavioural experiments explaining how and why people behave in irrational ways. These studies illustrate and explain people's decision-making and behaviour, defining the mental constructs, cognitive biases and choice architecture that guide us.

The behavioural sciences have challenged our industry on a number of fundamental grounds:

As Rory Sutherland so elegantly stated:

"The conscious rational brain isn't the Oval Office. It isn't there making executive decisions in our minds. It is actually the press office, issuing explanations for the actions we've already taken."

BE challenges the idea that consumers can answer the question 'Why did you do that?' as most of the factors influencing their behaviour operate below their conscious radar. I am not sure that any of the recent UK rioters or looters quite knows 'why' they went out and looted. But a BE lens would provide interesting behavioural hypotheses about the temporary relaxation of social norms, hot and cold emotional zones and the herd instinct.

It also challenges our industry to confront our own biases. To quote David Cowan, a man before his time:

"Minds need to be cleared of believing they already have the answers when the big questions have never even been properly identified and investigated. In detective mode the marketer needs to proceed as though in a forensic investigation, identifying the causes of behaviour and implementing the appropriate change mechanisms." [1]

The breakthrough insights from the behavioural sciences suggest we need to understand more deeply the context in which behaviour takes place. It is the context around a person that influences how they make choices and decisions and how they behave.

Heuristics
Short cuts or rules of thumb that allow us to make decisions faster and more frugally than a rational analysis of all the information available. Some are hardwired through evolutionary processes; others are learned via experience or trial and error. Example: Tesco's Finest range is a short cut to quality. M&S Living Well a short cut to health. And, in fact, many of the world's best known brands are heuristics themselves.

Anchors
Navigation or comparison from a reference point. Example: Supermarkets create loss leaders around core products to halo the price positioning of the overall brand.

Framing
How information (often statistics) is presented or ordered dramatically effects how people react to it. Example: '10 out of 100 people who have the operation will die' will produce a different response than '90 out of 100 people will survive'.

Loss aversion
People dislike loss more than a gain. This bias explains the power of a free trial. People may also take huge, sometimes irrational risks in order to keep something. Example: Loss aversion explains why studies show that paying by cash is more painful than paying by credit card.

Commitment bias
When an individual makes a definite commitment to someone or something, they are more likely to follow through on this behaviour. Example: People often use informal devices such as writing things down or telling others about their aims. Sites such as stickk.com formalise these devices.

The Power of Now or discounting the future
The tendency to weight today more heavily than tomorrow. Example: Helps to explain why diets fail, why gym attendance is poor and why people find saving difficult.

Optimism bias
We have a tendency to be far more optimistic about the future than is justified. A recent article in New Scientist 2 explored knowledge and ignorance and how people overestimate the extent of their knowledge: "Believing we know more than we do is one of several 'positive illusions' we hold about ourselves and our true talents." Example: The bias can make us less likely to see a doctor, apply sunscreen or open a savings account.

Status quo bias
People prefer that things remain the same, often swayed by habits. Once a behaviour or habit has been formed it is hard to break, as much of the original decision-making process will now be out of the conscious mind. Example: Barriers to switching – financial services, utilities or fear of the new – technology, cultural activities.

Social norms
Behaviour is influenced by what one believes others are doing. Example: Tipping a waiter, buying and selling on the stock market.

From our industry perspective, BE represents a breakthrough. It provides us with a structure for what we may have done intuitively and a vocabulary with which to explore and navigate consumer behaviour, providing penetrating insights into 'macro' drivers such as societal change and category contextual dynamics as well as the 'micro' drivers operating at brand level.

It puts behaviour at the centre of everything and defines our mission as understanding the context in which this behaviour occurs. It make us structurally differentiate between the different layers of context ; cultural; social; purchase; consumption. This helps us to see the bigger picture with fresh eyes and understand how different layers will have more weighting at different times.

BE constructs define the choice architecture within these different contexts and help to simply explain why people behave as they do, why they buy this and not that, how habits are formed and how, through solutions like altering the default, they might be changed (see accompanying table for some of the key constructs).

BE shows us that behind every decision there is a choice architecture activated by a context, and a set of conscious and unconscious influences that guide decisions (the majority taking place below the conscious radar).

Consumers use gut feelings, intuition and rules of thumb. They make relative decisions, tied to anchors and are prone to a plethora of biases. And consumers react completely differently depending on how information is presented.

The marketing and communication world is alive with BE

Across the globe, marketing and communication is starting to use BE.

As researchers there are simple ways we can embrace BE concepts: from recruitment, to how we structure an investigation and how we analyse consumer responses. But our industry can take this much further. There are also broader implications for:

Understanding these within a wider social and cultural context as well as the critical situational context can make a crucial difference. Looking at category and brand choice architecture can provide a behavioural blueprint which can inspire marketing action. For example:

There are many great examples of how marketing has done this intuitively without these structures and constructs, but having a framework will make applications more frequent and provide a more persuasive argument to present to the client.

If we concentrate more on actual behaviour and the context in which behaviour is shaped, if we use these new frameworks to structure and inspire our thinking, we will begin to gain deeper insights into why people behave as they do and how to influence them – and to enter a new era of client engagement. And when we start talking about having new ways with which to translate behavioural insight and understanding into issues like habit formation and habit change, then everyone will sit up and listen.

Sarah Davies assisted in the writing of this article. 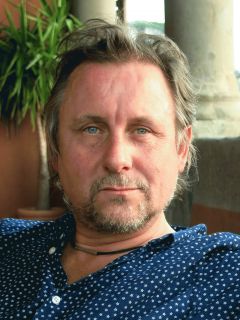