The beginning of this year sparked a rash of stories in the media about the children of the 60s. Debbie Lemon picks up the tale.

What happened to the idealistic 60s?

Everybody has to grow up. We all have photos of our "interesting" fashion choices and dodgy hair cuts to prove that we have indeed changed quite a bit since our youth, on the outside anyway. If we look back across the decades to the idealistic hippies of the 60s, we know they're somewhere out there today living life just like the rest of us.

But how much of the hippie ideal has stuck with them to this day? Are they reading the FT with their morning cappuccino, monitoring their investment portfolio, or are they living in an alternative community, starting the day with quinoa porridge and herbal tea? And, should we, as researchers and marketers, be talking to them?

Back in the 60s, everybody wanted to be a hippie when they grew up. So what was the appeal? The hippie ideals were that of a non-conventional lifestyle, free from social restrictions and against capitalism, all about acceptance and community, love and peace.

Many followed the hippie trail overland to India with little more than a few items of clothing and a small amount of cash. They believed in barter and trade above consumerism, and were happy to hitchhike from place to place, taking each day as it came. Hippies were experimental and defied stereotypes; men wore their hair long, homosexuality became less taboo and they introduced the open relationship.

A popular slogan of the time was "If it feels good, do it", and it seemed everybody wanted to! So, as the kids of the 60s experimented with mushrooms that would never see a risotto, who knew what was to become of them in the 80s, 90s, noughties and today?

While the hippie movement is less mainstream today, if you scratch beneath the surface you'll find numerous pockets of small, alternative communities in and around the UK. Totnes, Glastonbury, and Hebden Bridge are all thriving communities with some of the core hippie principles still at their heart.

They work towards self-sufficiency and encourage local commerce rather than "leaking" money by spending it elsewhere for capitalist gain. However, while they may be against capitalism in its most brutal sense, they appreciate the value of money, and they play the game.

Totnes is an interesting case study of hippie ideals at work alongside mainstream capitalism. The town has been a destination for creatives and those seeking alternative living since the founding of its College of Rural Arts back in 1925. Today, Totnes is known for being the first ever Transition Town, part of the Transition Movement. This movement is all about communities working together to become self-sufficient in preparation for peak oil and climate change. All that Totnes residents need to survive, from fresh produce to toiletries, is produced and sold locally.

Essentially, the local community is protected from external changes that are beyond their control, and wealth is kept within the town. It even has its own currency. Totnes realises that money has valuable uses, how else would they have funded the 74 solar panels they installed on the roof of their civic hall?

Hebden Bridge is another hub of alternative Britain, populated by a mix of hippies, modern pagans and downshifting professionals — all seeking an alternative lifestyle. The town is served by three organic shops, a multitude of yoga and alternative health practitioners, plus a select number of designer shops catering for the newer, wealthier residents.

The thrust of modern alternative living seems to come down to a strong sense of community and self-sufficiency, not being dependent on the outside world for resources and rejecting mainstream capitalism in favour of community based wealth. It is also about finding safety in things that don't change in an ever-changing world.

While these communities play the capitalist game as far as they have to, there is still a rejection of capitalist values. People join these communities because they want to be a part of something different. So, can we and should we be researching and marketing to these consumers? My answer is probably not… unless your brand can demonstrate strong ethical values and a means of benefiting small communities, you're barking up the wrong tree. 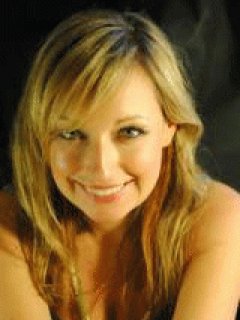 Debbie has been in the qualitative research industry for over 7 years. She has worked for a number of award winning agencies during her career, most recently for Razor Research. Debbie decided to go freelance at the beginning of September while she starts her studies in health and wellbeing. She supports a number of research agencies on an ad-hoc basis. Debbie has a keen interest in fashion, and a slightly unhealthy obsession with ASOS. She is currently working on her modesty.