In March, Naked Eye invited marketing and research professionals to a London venue to explore the value of observation and how it can be used to identify opportunities in the commercial world.

The film, shot on a single day, is a user-generated feature-length documentary. Via Youtube, the makers received 80,000 submissions, totalling 4,500 hours of film, from 192 countries. The aim: to understand what it means to be human in the world today.

Film is incredibly valuable in exposing not just the stories that people tell others, but also the stories that people tell themselves, which are sometimes communicated through the subtleties of silence or an expression, often revealing more than words. The value and potency of filmed observation in its ability to record empathy and deeply understand people is vital in our increasing "need to get closer understanding of the customer" world.

The discussion explored multiple forms of filmmaking, many evident in the documentary: people filming themselves, people filming others, people being filmed covertly, or going through life-defining moments alone or surrounded by loved ones. Film plays a unique and vital role in storytelling, using both words and images. It is a revealing and provocative medium, but it often demands authorship to gain the greatest understanding.

The documentary film approach — which has parallels with ethnography — provides depth and a "humane and profound" way of storytelling that separates it from other types of film footage, such as the fast and frantic world of social media or the fragmented filmed snapshots we are fed on the news.

The emotive nature of what we see on film, the poignancy of human experience, makes for memorable content. The emotional quality of film speaks to the universality of human experience, those "I feel that with you" moments. Film is an incredibly engaging medium for getting closer to — and understanding — consumers. It is compelling because it showcases human experience in context.

While filmed observations provide access to the reality and truth of people's lives, this insight needs to be managed and analysed appropriately to deliver valuable, resonant consumer stories to brands in order to inform strategy. When observations and film are used and analysed well they provide an incredibly powerful research tool, with a stickiness that lasts well beyond the debrief. 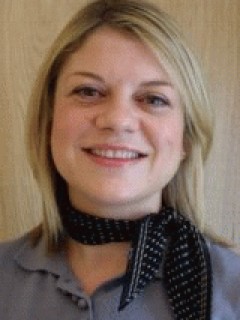 Andrea has 13 years research experience, working with advertisers, media owners, and agencies on domestic and international studies from both the UK and US. Clients have been varied and include the BBC, Google, Microsoft, Coca-Cola and MasterCard. Andrea has spoken at a number of market research and marketing conferences around the world.