Lessons from the stump

As commentators look for lessons from the US election, much of the focus has been on the triumph of insight, from the role of "quants" on Obama's campaign to the forecasting prowess of American statistician Nate Silver.

Obama campaign manager, Jim Messina, talked early on about how "we are going to measure every single thing", and his team rigorously applied a "big data" lens to the race. Synthesising polling with consumer databases and social media analytics, insight became a major advantage over the Romney effort.

Inspired by Facebook, data was used to run predictive modelling on who would be most persuaded by specific types of communications. This data-driven approach to campaigning is the latest iteration of an ongoing trend — explored in detail in Sasha Issenberg's The Victory Lab. What has been the role of qualitative? Though the media has focused on the data wizardry, focus groups have always been part of the Obama playbook. As White House advisor David Plouffe describes in his book The Audacity to Win, focus groups were seen as essential in understanding how arguments are being "received and digested".

Looking back at the primary fight in 2008 with Hillary Clinton, Plouffe talks about how groups gave them an edge over a Clinton campaign which largely eschewed qualitative and relied on polling — resulting in the Hillary team becoming obsessed with micro-targeting, but missing the truth that voters wanted to hear about "change" rather than "experience".

In 2012, focus groups played a key role in highlighting the potential resonance of Romney's business career, but that references to his years in private equity could quickly turn this into a negative. Obama's groups showed early on that voters had few fixed impressions of Romney and, as a result, the Democrats had space to depict him on their terms. Romney, however, was unable to capitalise on an ongoing finding — though voters accepted Obama inherited a dire economy, they were concerned he had few plans about how to fix it.

Much of the post-election debate has focused on how calm analysis won out over "gut-led" pundits who trusted their instincts about Romney winning. On the surface, this should be all good news for the research community, but within it comes a warning note for qualitative practitioners. With the media obsessing about analytics, the danger is focus groups get lumped in with the soothsayer ways; a Financial Times comment piece shortly after Election Day talked about Silver's success symbolising "a generational shift in political analysis, from qualitative to quantitative."

As the business world pores over Obama's success, we need to show how qualitative must work in sync with new frameworks. And, as we already look forward to a potential Bush vs Clinton "re-match", we can be sure that any Hillary campaign will be running more groups come 2016. 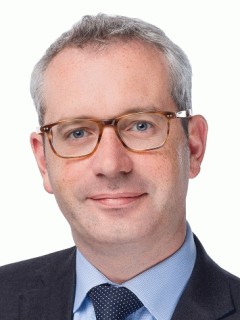